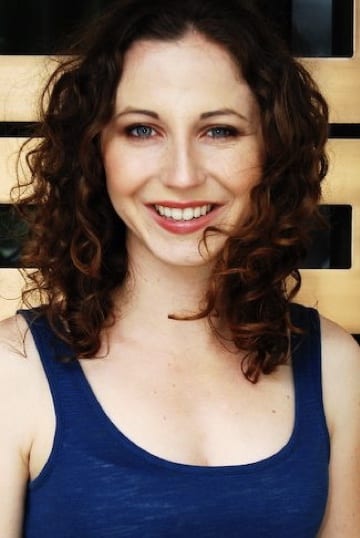 Kristen Rea is a dancing french hornist turned musical theater composer-lyricist and playwright. Her writing style ranges from quirky all-ages humor designed to bring lightness and honesty to important themes, to more serious, socially-important works with a soaring orchestral sound and a touch of comedy. Kristen also specializes in productions that incorporate on-stage instrumentalists, a credit to her career as a performer in "Blast!". Kristen studied Music and Lyrics at NMI and is a composer in the BMI Lehman Engel Musical Theatre Workshop. She also holds a BM from USC and an MFA from CalArts.

While in the second-year program at BMI, Kristen began a fruitful writing partnership with Lyricist Caitlin Collins. The two are currently developing an original musical with their signature focus; telling important and compelling stories featuring real and complex women for today’s audience. Kristen’s other original works include "End of the Line" (Music) written with Howard Ho (Book) and Chris Edgar (lyrics) which was featured at the Samuel French OOB Short Play Festival, TNNY’s Soundbites 5.0 Festival, and New Musical Inc.’s 15 Minute Musicals. "End of the Line" is available for licensing through TNNY. She is also partnering with real space scientists and academics to expand the show "New Horizons" (Book/Music) written with Aliza Rabin (Lyrics) which was featured at the BMI Lehman Engel Workshop. Her Christmas musical "North Pole High" (Lyrics) written with Dan Margules (Book) and Rafi Nemes (Music) received a staged reading at New Musicals Inc., was featured in NMI’s "Got Musical?", and was a semi-finalist in Brookfield Theatre for the Arts’ Battle of the Christmas Musicals.
​
Over the course of 12 years, Kristen served as the featured French Horn soloist in eight productions and tours of the Tony and Emmy award-winning theatrical production, "Blast!" and "Blast! The Music of Disney" throughout the US and Japan. She has also performed in other “instrumental spectacular” style shows at Disneyland, Busch Gardens, and Six Flags theme parks. Kristen also works as a pit orchestra musician for shows like the national tour of "42nd Street" and has performed with artists ranging from Randy Neuman to The Airborne Toxic Event.
​
A passionate arts education advocate, Kristen is a Teaching Artist and former clinician for Disney Performing Arts. She was the founding Director of Music for CITYstage, a performing arts education organization for underserved youth in Los Angeles, which she has helped build with the organization's founder, Emili Danz.

Kristen is a recent transport to New York City (by way of Los Angeles) and works as a music copyist & music coordinator for Concord Theatricals. She also frequents the Birdland Jazz Club where she served as a manager for the opening of the Birdland Theatre when she first moved to New York.