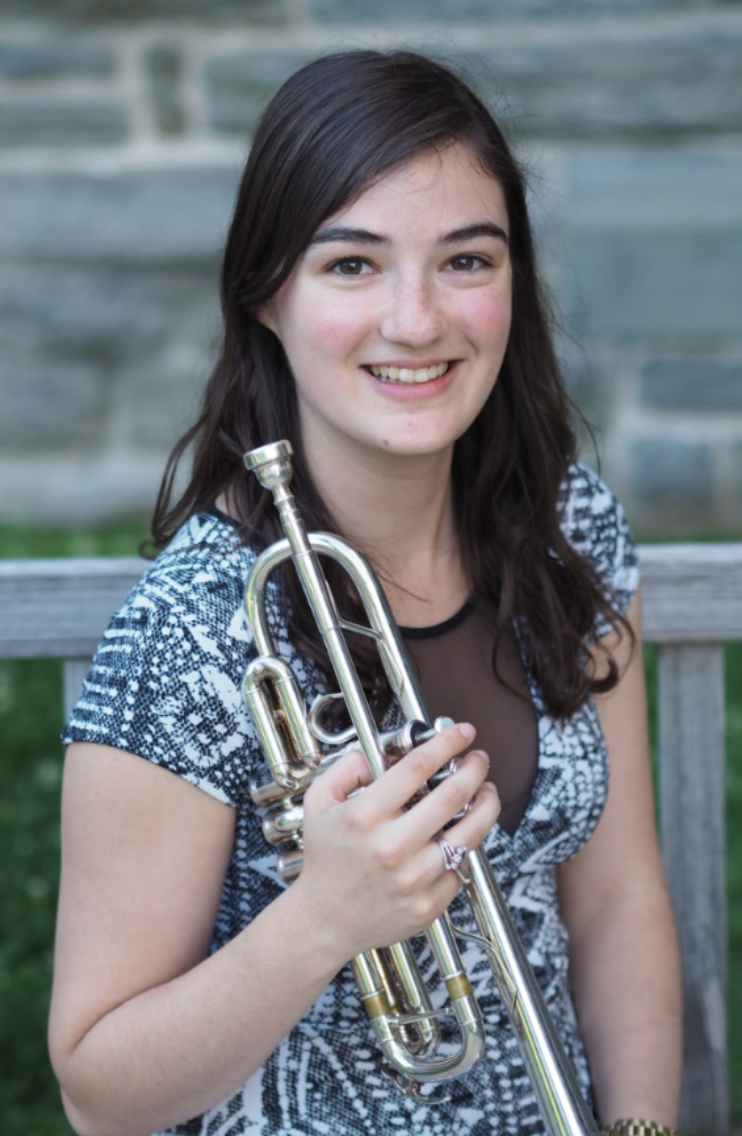 Kimmie Sabio grew up in Locust Valley NY, where she began studying trumpet at age 10. In high school, she attended Juilliard's Pre-College Division for 2 years studying under David Krauss. She went on to McGill University in Montreal where she graduated in 2019 with a Bachelors in Trumpet Performance with a Second Major in Philosophy. There she studied with Paul Merkelo and often freelanced in the Montreal area with various Orchestras and pop bands including Griffon Brass Band, Ensemble Sinfonia, and Medici Orchestra. After graduating, she spent the summer at the Berlin Opera Academy as their Principal Trumpet performing in productions of The Marriage of Figaro and The Magic Flute. Aside from her trumpet accomplishments, she has also worked administratively as a production assistant in January of 2020 and 2022 at the Prototype Opera festival in New York City. In the Fall of 2020, she began her master’s in music at New England Conservatory studying with Tom Siders and Ben Wright, members of the Boston Symphony Orchestra. As a major opera and new music fan, she strives to pursue a career in an opera orchestra as well as opera production/ curation and artistic directorship. Aside from her musical accomplishments, she is an active rock climber, visual arts supporter, and coffee enthusiast.