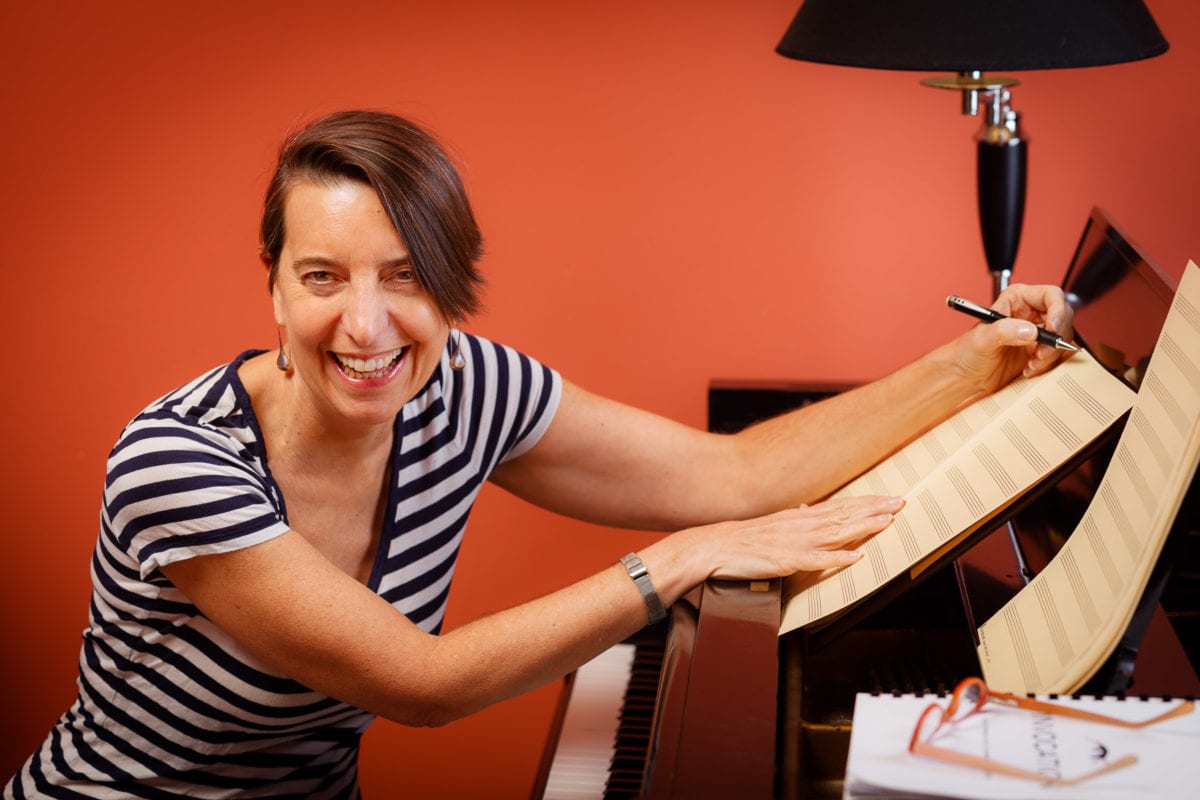 Embracing a wide spectrum of genres, Kim Sherman’s mission as a composer is to tell stories through music. Recent new works include ADA, an opera about Ada Lovelace, SUMMER 1976 a song cycle for tenor and string quartet and THE LAODAMIAD a suite for solo cello. GRAVESIDE, her a cappella choral work, was recorded by Musica Sacra, has been performed throughout the world, and most recently by the renowned Cerddorion Vocal Ensemble in NYC. Other works include A PRAIRIE DIARY (song cycle,) THE HAPPIEST AND UNHAPPIEST OF MEN (chorus and orchestra, commissioned by The Mendelssohn Club of Philadelphia,) KARNER BLUE (flute and piano, commissioned by The Pappoutsakis Foundation,) THE VISION (guitar and oboe,) and several musicals, among them: O PIONEERS!, HONOR SONG FOR CRAZY HORSE, HEARTLAND and THE TWO ORPHANS. She wrote incidental music for I HATE HAMLET on Broadway. In 2014, she scored the short film POLICY OF TRUTH. She has been awarded residencies at The MacDowell Colony and The Banff Centre.
After receiving a Bachelor of Music at Lawrence University, she studied composition and orchestration with composer Thea Musgrave. Her career started in Minneapolis, where she was awarded two Kudos Awards for her work in the theatre. A New Yorker since 1983, she is a regular volunteer composer and mentor for The 52nd Street Project.