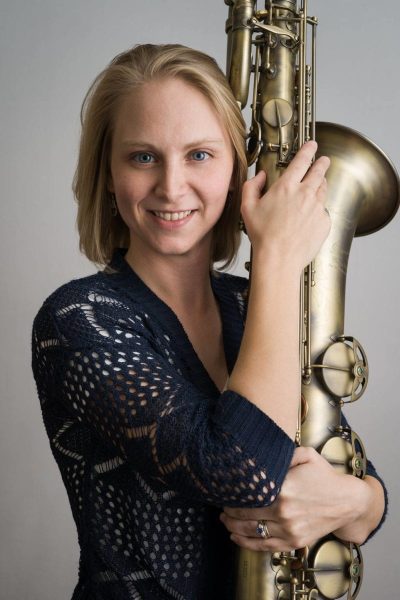 Meet Kelsey Mire. A versatile woodwind specialist, an experienced performer and a dedicated musical theater professional, this Washington D.C.-based freelancer is quickly making a name for herself in our nation’s capitol city.

With several musical theater projections to her credit, Kelsey’s experience has taken her to a variety of shows across the DC metro area including at Ford's Theatre, Arena Stage, Signature Theatre, and Roundhouse Theatre. Her skills have also been on display with performances at the Tennessee Performing Arts Center (Nashville, TN), the Grand Ole Opry (Nashville, TN), Nashville Repertory Theatre, StudioTenn (Nashville, TN), Uptown Players (Dallas, TX), the Black Hills Playhouse (South Dakota), and various community theaters in the Dallas/Fort Worth area.

She’s also had the opportunity to play with several regional orchestral ensembles including Washington Concert Opera, Apollo Orchestra, and Manassas Ballet, where her performances showcased her primary instrument, bassoon.

But her talents don’t stop there. In addition to bassoon, Kelsey has mastered several additional instruments including clarinets, flutes and saxophones, a skill that earned her a gig as a saxophone artist for P. Mauriat. Click here for a full list of instruments in Kelsey’s repertoire.

Before coming to the Capitol, Kelsey was part of the lively musical scene in Nashville, TN. There she worked as a session musician for projects with MTI Broadway Junior, Garth Brooks, and the Walt Disney Company. Live shows include performances with Idina Menzel, Patti LaBelle, and others. She played 2nd bassoon with the Chattanooga Symphony for their 2015-2016 season and has subbed with the Huntsville Symphony, Tuscaloosa Symphony, and Alabama Symphony. Kelsey played baritone saxophone/bass clarinet with the Tyler Mire Big Band and was member of the University of North Texas Two O'Clock Lab Band for two years while completing her master's degree.

Her varied instrumental skills and performance experience make her a perfect fit for orchestra work, studio recordings, jazz and chamber ensembles. In addition to her musical theater and recording career, Kelsey has experience serving as an instructor to adults and children, particularly middle and high school-aged students.​
​
When she's not making bassoon reeds, Kelsey enjoys woodworking and running/hiking outdoors with her dog Jackson. Her husband, Tyler Mire, is a composer/arranger and plays trumpet with the Navy Commodores Jazz Ensemble.