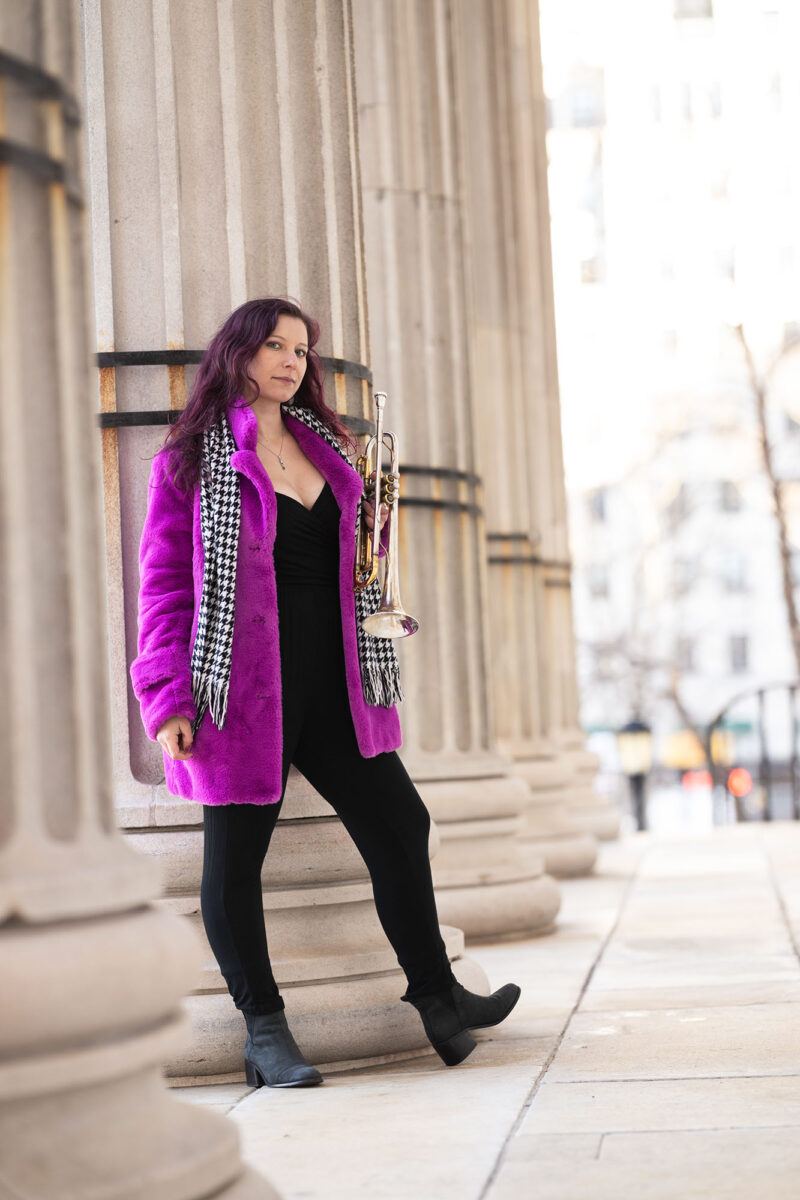 A passionate and creative performer, Kate Amrine is a prominent trumpet player balancing a multifaceted career from developing new repertoire and curating concerts to freelancing with many different groups in the New York City. Recent performances include joining the pit of Beehive the 60's musical for a streaming production at Papermill Playhouse, recording new musical Kalevala, an off broadway run of Duncan Sheik’s new musicals “Alice by Heart” and "Whisper House," and performing with her chamber groups Spark Duo and Kings County Brass. Other theater work includes subbing on Wicked, How the Grinch Stole Christmas, the National tour of Annie, the off broadway productions of Three Penny Opera, and other regional productions. Kate also recorded on the She is Risen album with an all-female orchestra and several Tony award nominees including Cynthia Erivo, Shoshana Bean and Ledisi. Kate has also been fortunate to play in a rock band with Norah Jones and lead trumpet in a full orchestra with Evanescence. Kate also appeared on Late Night with Jimmy Fallon as part of a female horn section with the band Sleigh Bells.

Outside of the theater realm, Kate is very dedicated to commissioning and performing new music, premiering over 30 pieces both as a soloist and a chamber musician. Kate’s second album This is My Letter to the World was released in early 2020 on the Innova record label. Her album features new music for trumpet inspired by politics and social concepts and addresses issues including gun violence, identity and the experience of being a woman, meditation, and immigration.
Kate is very passionate about increasing diversity and representation in the women’s brass community. Kate co founded non profit organization Brass Out Loud, dedicated to uplifting underrepresented voices in the brass world. Brass Out Loud holds a yearly conference and other events with diverse faculty and masterclasses to create a more diverse and representative brass community. Kate is also co leader of eGalitarian – an ensemble of women brass players playing music by women composers and advocating for women in the community. She is also half of the team behind Brass Chicks – a blog dedicated to celebrating the work of female brass players with guest posts and interviews. As an educator, Kate enjoys teaching private lessons in her own studio and as an Adjunct Instructor at New York University.