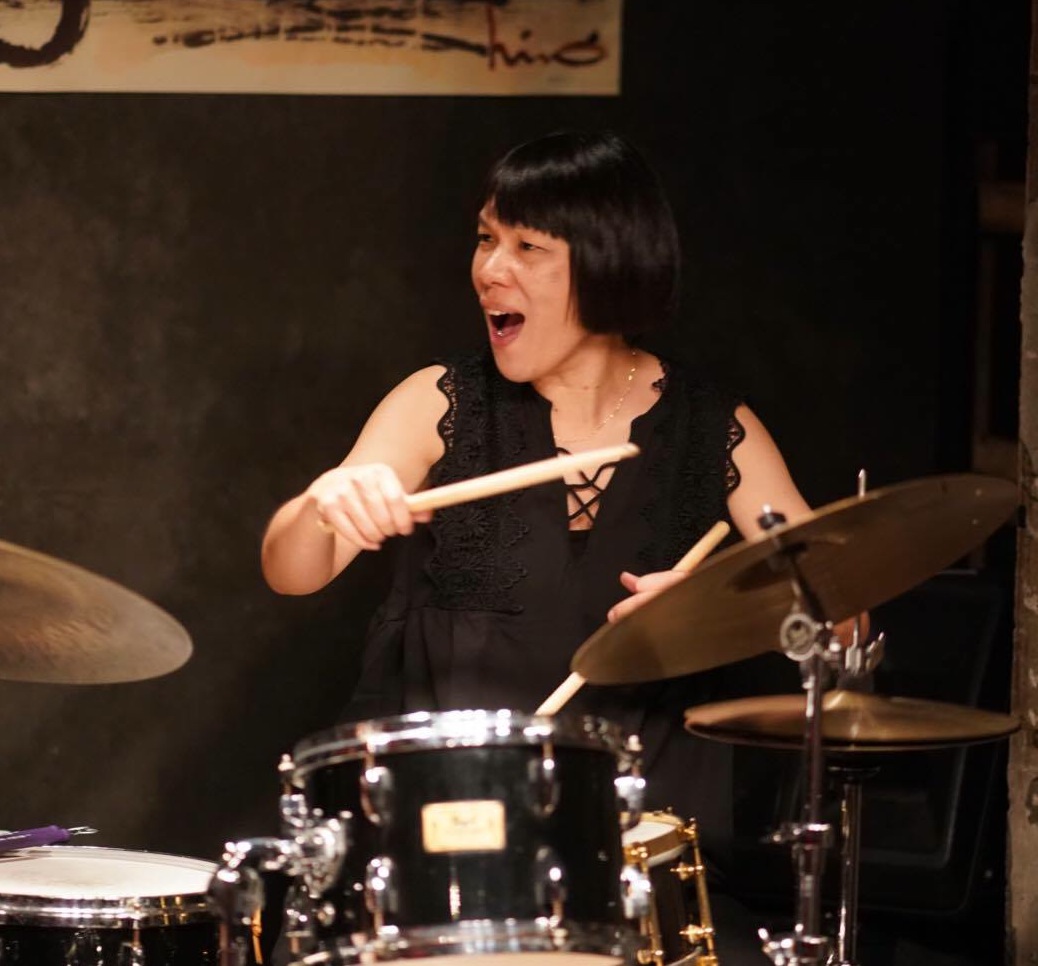 Kaori Yamada is a drummer, percussionist and a drum instructor.
Professional career is 23 years.
Born in Takamatsu City, Japan.
Kaori started to learn the piano at the age of 4 and graduated from the School of Music at Takamatsu Junior College, Majoring in classical piano.

Kaori began to play drums on her own initiative at the age of 13. She was particularly interested in Soul, R&B, Rock and Jazz music. She developed a strong ambition to become a professional drummer.

Kaori was introduced to Japan's best-known drummer, the late Motohiko Hino, in 1996. She started training in Tokyo under his supervision and in 1998 her professional drumming career began.
Kaori has worked as a side man for many of fellow musicians. She has performed with many famous Japanese musicians.

In 2007 she moved to New York to broaden her music horizon. She is often playing in the New York City now. She plays at many venues, with many different people and different kind music.
Performed at;
• United Nations
• St. Peter's Church
• Dizzy's Club Coca Cola
• 54 Below
• Green Room 42
and jazz spots, restaurants, cabaret, theater etc... a lot