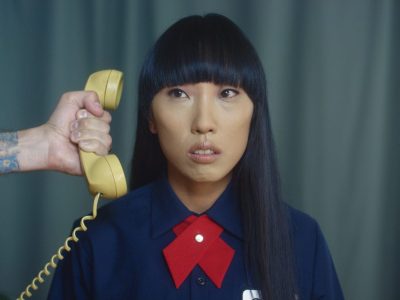 K. Marie Kim is a Korean-Canadian musician, artist, and audio engineer who is now pursuing a career in clinical audiology. For over a decade, Marie was based in Brooklyn, NY, and was the keyboardist for Mitski (touring + session), monitors engineer for the Fab Faux and Rosanne Cash, broadcast mix engineer at YouTube Space NYC, and house FOH/monitors for AEG venues including Terminal 5, Webster Hall, Brooklyn Steel, and Music Hall of Williamsburg. She also production managed the two smaller rooms at Webster Hall from 2010-2017.

Classically trained in Ulsan and Vancouver, Marie graduated from Berklee College of Music with a dual degree in Piano Performance & Music Production/Engineering. She had a band called Blank Paper and has played with various artists including Shontelle, X Ambassadors, Raveena, MS MR, St. Lucia, and Lorde. Her voice and cello playing has appeared on various national and international ad spots including Nike, Fila, Duncan Hines, and Maybelline.

In 2021, Marie released her first solo EP "Run". She also relocated to Vancouver, BC to complete her Masters of Science in Audiology at UBC and wishes to advocate for hearing health and accessibility in the professional music community.