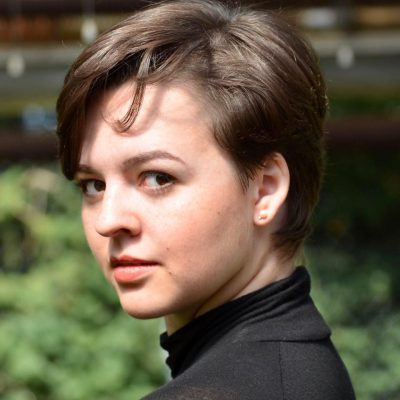 Juliette Jones is a Toronto based composer/lyricist and music director. After recently finishing her final year of her Honours Bachelor of Music Theatre Performance at Sheridan College, Juliette has gone on to music direct and compose for a number of shows in Toronto and Northern Ontario. PAST CREDITS; Music Director on Heresy (Paprika Festival), Music Director on Last Year (Buddies in Bad Times), Music Director on The Walrus (Flow Fest), Music Director on Anne of Green Gables (Bravo Academy.) Currently, Juliette works as copyist & music apprentice at The Musical Stage Co. in Toronto, ON. Juliette has also been commissioned to compose a piece about the internal familial struggles of Amelia Earhart entitled "Flightpath" (details to be released).