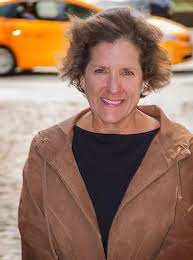 I am a songwriter (and a singer if/when I'm invited to perform my own songs).
I play piano for myself...
When I see a piano across a crowded room, my heart goes pitter-patter.
In 1991 my song, "FROM A DISTANCE" became a world-wide hit, winning me the Grammy for Song Of The Year. (Bette Midler's version).
I live to have my songs performed and/or recorded by great singers, and I have been very blessed...
Some of the artists who have recorded my songs include Bette Midler, Patti LuPone, Patti LaBelle, Judy Collins, Marin Mazzie, Nanci Griffith, Kathy Mattea, Kathie Lee Gifford, Carol Woods, Jack Jones, Cliff Richard, Jewel, Heather MacRae, Andrea Marcovicci, Elaine Paige.
For years, my lyric, "I'M 4 NEW YORK" ran as a promotional video on NBC and was Emmy Nominated.
My song "DREAM LOUD" was featured in the movie Unfaithful and my song "THANKS TO YOU" was featured in the movie, Andre.
The Oxford University Press published a series entitled EVERYBODY UP, for which I was one of the primary songwriters, teaching English around the world to elementary school-aged children.
As the daughter of an immigrant, that has been my greatest accomplishment to date...
I'm at the piano every day. Practicing. Dreaming.