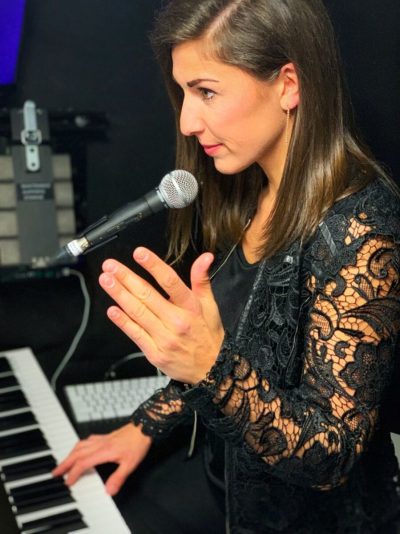 Julia Sunay is a freelance music director, pianist, vocal coach and teacher based in Toronto.  She studied the piano at a young age and completed her classical music training with the Royal Conservatory of Music.  She has performed as a pianist and accompanist for over twenty years, working alongside pit orchestras, dancers, singers, choirs and instrumentalists.  Over the years, Julia developed a strong passion for musical theatre and chose to make it her career choice.  Training in all three disciplines of acting, dance and singing, she graduated from Grant MacEwan University in Edmonton, Alberta in 2005 with a diploma in Musical Theatre performance.

Julia’s passion for the arts has taken her in many directions.  She loves to share her knowledge of music, working with students privately and vocal coaching for programs at the Royal Conservatory of Music, Sheridan College, The Musical Stage Company, Bravo Academy, Rosedale School of the Performing Arts and Toronto’s own Arts Express.  Julia has been a faculty member at the National Music Camp of Canada, where she music directed half a dozen productions and taught musical theatre to hundreds of young performers.  She is a sought after vocal coach and audition accompanist playing for Starvox Entertainment and regularly with Songbook Series with Tracy Michailidis.