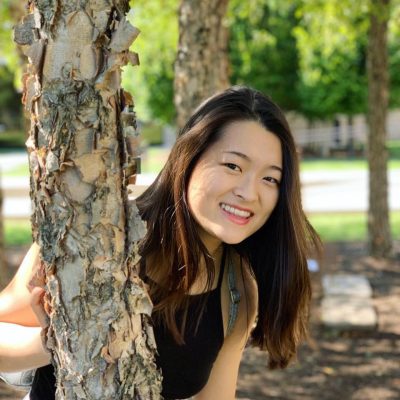 Julia Riew is a Korean-American composer, lyricist, librettist, and writer from St. Louis and currently based in New York City. She is primarily known for her musical Shimcheong: A Folktale, which received international support online and in the news for asking the question, “What would a Korean Disney Princess look like?”

She was the recipient of the 2022 Fred Ebb Award and the 2022 Harvardwood Artist Launch Fellowship. Her original work has been featured at the American Repertory Theater, 54 Below, Summerstock Austin Texas, The Coterie in Kansas City, Harvard University’s Farkas Hall and Agassiz Theater, AMAS Musical Theater, The UNC-Greensboro School of Theater, Nora Theater Company at Central Square Theater, The Harvard Art Lab, University of Missouri, The Community Music School of Webster University, and John Burroughs High School.

Julia graduated from Harvard University in May 2022 and is First-Year in the BMI Lehman Engel Musical Theatre Workshop. She is the current recipient of the Harvardwood Arts Launch Fellowship under the mentorship of composer Laurence O’Keefe (Legally Blonde, Heathers).

Despite her love for musical theater, she spent her first two years of college as a pre-med student before finding her footing as a joint-concentrator in Theater and Music. In her sophomore year, observing a lack of Asian students in theater, Julia co-founded the Harvard College Asian Student Arts Project (ASAP), a club created to provide the resources and community for Asian student artists. She co-wrote their first production, a musical called The East Side and later performed as “Paulette” in ASAP’s all-Asian production of Legally Blonde: The Musical, which received national recognition in fall 2021.