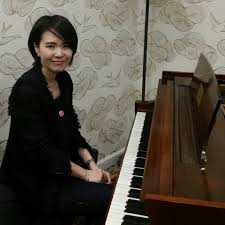 Joy Son [Composer/Orchestrator/Arranger]: As an award-winning theatre composer, Her musicals have been performed here in the US and in Asia. As for Takarazuka Revue Company’s (founded 1913) musical 『舞音-MANON-』, she was the third foreign composer (after Frank Wildhorn and Sylvester Levay) to be commissioned to write the original musicals for them in their more than one-hundred-year history!