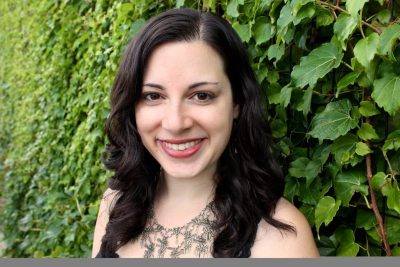 Jessica Fleitman is a writer of theater, musical theater, television, and comedy.

She is a lyricist in the BMI Musical Theatre Advanced Songwriting Workshop, where she and composer Rick Bassett were awarded the 2018 Jerry Harrington Award for Outstanding Creative Achievement in Musical Theatre. Their work has been featured at NY City Center’s “Front & Center: The Original Musicals of Tomorrow with Tom Kitt,” "A Little New Music" in Los Angeles, the BMI Showcase, the "In the Works" series at the Duplex, and elsewhere. past recipients of commissions from JCP Downtown (children's musical: "Little Miss Shushan") and The Well Songs Project.

Jessica was a staff writer on the digital comedy channel Seriously.TV (Hearst Communications). Her parody PSA "Actual Bathroom User Speaks Up About Trans Bathroom Laws" went viral, garnering 5 million Facebook views and over 100,000 shares within 5 days. Her sketches have been featured in The Huffington Post, LGBTQ Nation, and NewNowNext. She is also an experienced teaching artist, mentoring young people in creative writing, playwriting, and acting.

Jessica holds an MFA in Dramatic Writing from NYU Tisch School of the Arts, where she was a Goldberg Fellow and won the Chair's Award for Distinguished Achievement.