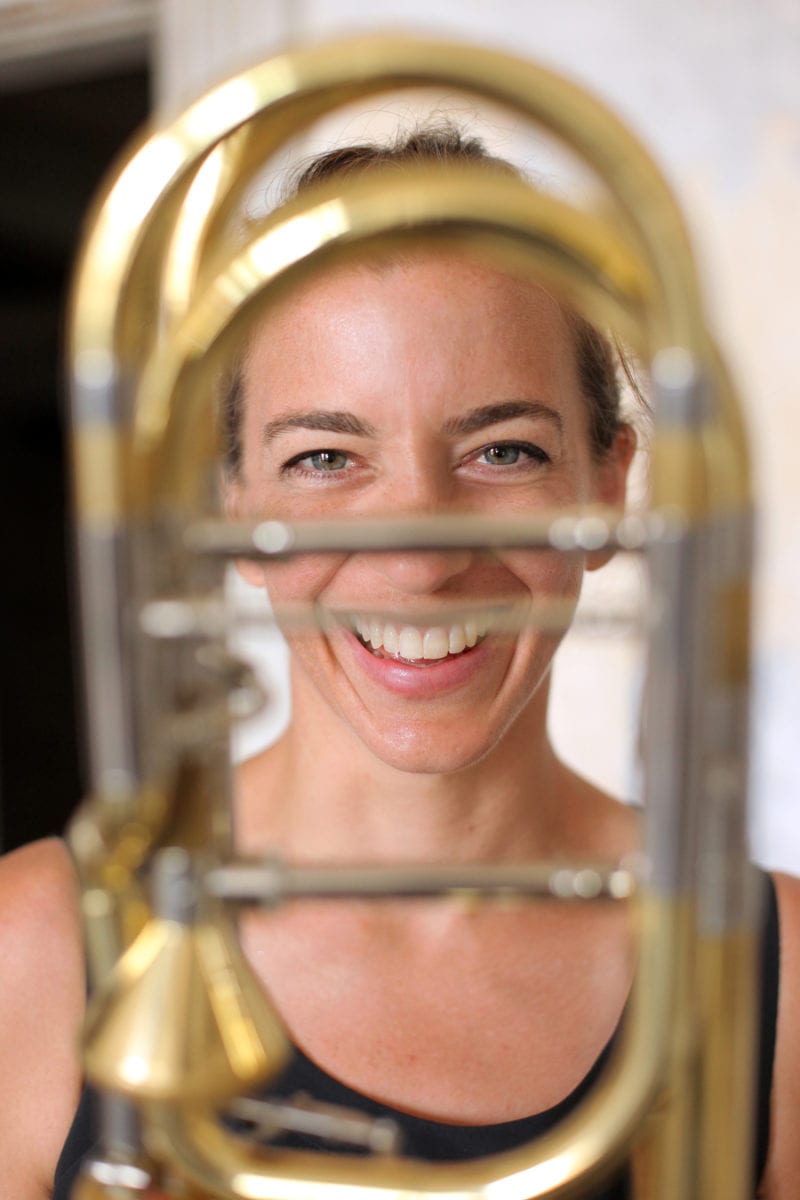 Jennifer Wharton is a low brass specialist based in New York City. Though getting her start classically, Jen has planted deep roots in jazz and commercial music. She can usually be found honking out low notes in a Broadway pit, a recording studio, on stage or in a big band section.

Jennifer has been a member of many Broadway orchestras, most recently West Side Story. She also has won the bass trombone chair at Radio City Christmas Spectacular five times in a row.

Jennifer teaches at Montclair State University and released her sophomore album with her band Bonegasm called Not A Novelty on Sunnyside Records thanks in part to a 2020 NYC Women’s Fund grant.