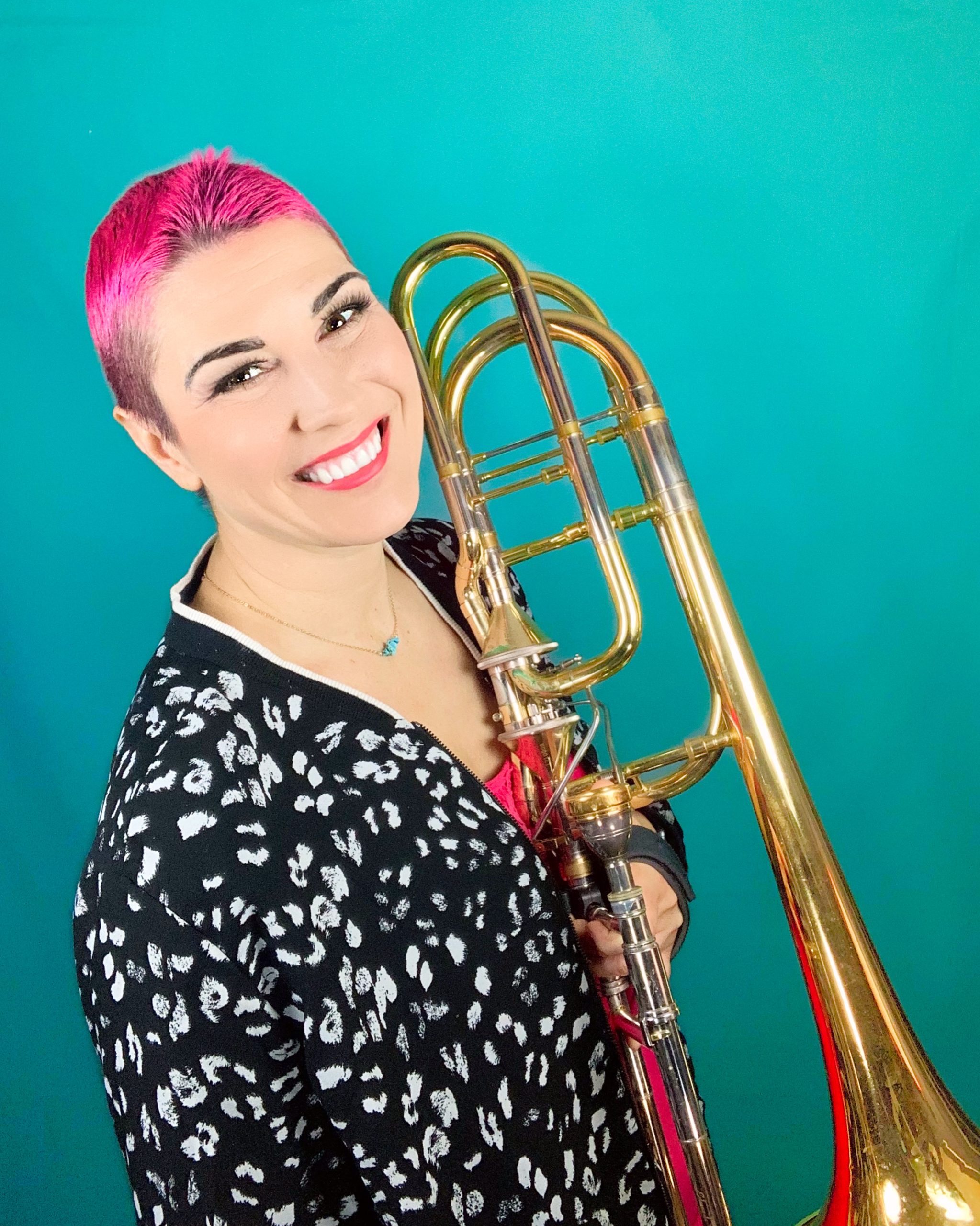 An industrial blender full of disco balls and lightning wrapped in an evening gown, Jen Hinkle is a breath of fresh air and a spark of electricity in the modern world. Jen’s energy and adaptability are welcomed everywhere from symphony hall to train station and from nightclub to classroom. After creating a highly successful career as a fully-employed classical musician on the West Coast, Jen uprooted and made her way to New York to become one of the most sought-after commercial artists in the city. There’s no room for fear in Jen’s brain attic amidst her growth mentality, innovations, or eclectic musical palette. None. Jen’s artistic mastery, eccentric curiosity, and brilliant personality make her an irreplaceable staple in New York’s musical scene.

Since moving to New York, Jen has appeared everywhere from Broadway to the Afrobop Alliance and from grammy-nominated artist Dan Pugach’s Nonet to the New Haven Symphony. Of all these experiences and accolades, her creative and industrious spirit shines most brilliantly through Calliope Brass. As the bass trombonist and Artistic Director of Calliope Brass, Jen is able to fully explore her passion for the captivating power of storytelling. Her conviction draws in other creatives to build audience-focused multimedia experiences time and again. Such a performance might be Portrait of an Underdog, focusing on David Sampson and David Maslanka while empowering audiences struggling against implicit biases in their own lives. Or, it might be What’s Your Story, an adventure through the world of music led by the pleasant puppet protagonist Calliope, who is the brainchild of Jen and the beautiful minds from Sesame Street. It is entirely possible some of these endeavors were written from the Broadway pit, behind the bari sax, or from the back row of any orchestra between Seattle and New Haven.

We may never know.

When she isn’t holding a bass trombone, Jen might be publishing self-illustrated children’s books -- like Quentin Roosevelt Gets in Trouble, Rex's Big Idea, and her own writing My Name is James and I am a Dinosaur -- or she may be off on another wild adventure. Jen can be found hiking with llamas, painting trombones or velociraptors into classical masterworks (#TrombonaLisa), or spending time with her cats Ella and Iggy, her dog Kita, and her noble steed Sierra.

Just another day in the maelstrom of dance parties, education, outreach, low notes, and bright light that is distinctly Jen.

Jen Hinkle is a performing artist for Edwards Instruments.