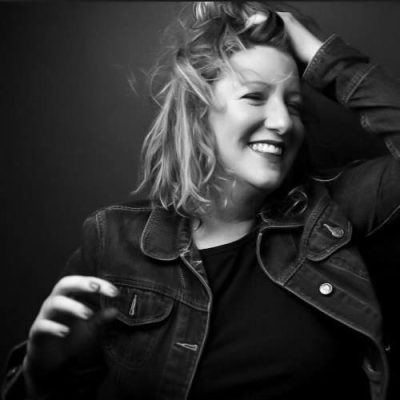 I'm a professional singer, songwriter and actor, that has toured Europe as a performer with The NYC Players. I'm also an emerging musical theatre writer. I'm interested in making inspirational, moving and joy-filled work in the hopes of making this world a little brighter than before. I know art can transform, unite, create change, as well as heal, and that is what I want to focus my time on.

As a creator, I've written, directed, produced, and acted in the web series "Composing Life" (I also composed the soundtrack). As a songwriter, I've been a finalist for the Ken Davenport Musical Theatre song writing contest. I won an honorable mention prize in the WomenArts' SWAN Day Song Contest this past year, and I've recently been commissioned to write a song for a young man with autism.

I'm currently writing a musical about women in 1963, called "These Words of Women". It focuses on women's struggles, their dreams, and their hopes for the future (as well as a few fearful souls, that are determined to hold on to the past). They are women of different ages, social backgrounds and races. Each woman we meet, shares their story in their own words through song.