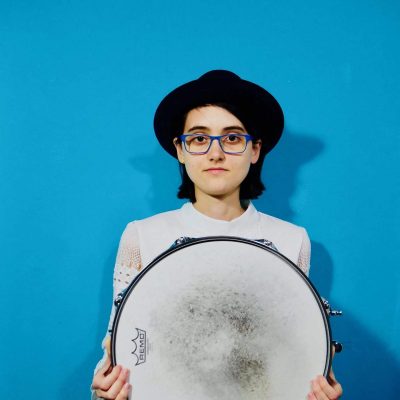 Janna Graham is an up and coming drummer/percussionist based in NYC. She grew up in a family of musicians and artists, and has been performing music since she was six years old. Janna studied jazz drum set, vibraphone, and composition at Kennesaw State University, where she graduated with a degree in Jazz Performance. While keeping a busy schedule as a musician and teacher in Atlanta, she got the opportunity to play drum set for the regional production of THE PROM at Alliance Theater. Through the connections she made during that show, she was invited to relocate to NYC to play drum set and percussion for the 50th anniversary off-Broadway revival of SWEET CHARITY starring Sutton Foster.

Since living in NYC, Janna has performed at theaters and venues including Radio City Music Hall, Lincoln Center, Town Hall, Joe's Pub, The Beacon Theater, 54 Below, Rockwood Music Hall, Signature Theater, Green Room 42 and many others. In the summer of 2017, she attended the Artist as Citizen’s Conference at Juilliard.  In fall 2018, Janna played drums and percussion for the production of EXTRAORDINARY at American Reparatory Theater in Cambridge, Massachusetts. She shared the stage with great broadway performers including Norm Lewis, Patina Miller, Gavin Creel, Terrance Mann, and MJ Rodriguez.

In January 2019, Janna made her broadway debut as a substitute drummer/percussionist for THE PROM. At the same time, she played drum set and percussion for Fiasco Theater's off-broadway revival of MERRILY WE ROLL ALONG. In the summer of 2019, Janna played drums, percussion, keyboard sang, and acted with acclaimed singer-songwriter Jill Sobule in her autobiographical musical #FUCK7thGRADE

Janna also gigs around the city on electric bass which is her favorite instrument. She also plays many other instruments including piano, guitar, mandolin, and ukulele.

Janna is both a spirited composer and performer, and she is currently recording an album of original music with her new band-Oat Milk!