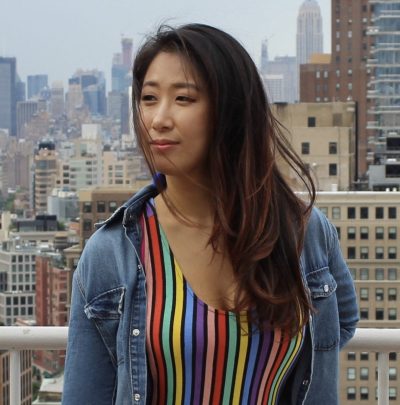 JANET NOH is a bi-coastal (NYC & LA) songwriter, singer, actor, and classical pianist. With a double major in economics and history from Yale, she started her career as an investment banker on Wall Street. But spreadsheets couldn’t feed a creative spirit. After winning a scholarship at NYU-Tisch and receiving her M.F.A. in musical theatre writing, she abandoned finance for good. Since graduating in 2016, she made her Broadway debut in ROCKTOPIA and has been a featured performer at Lincoln Center, New York City Center, Public Theater, Signature Theater, and more. Right before the pandemic shut down Broadway stages, she was grateful to have gotten to play the principal role of Ella in MACK & MABEL at New York City Center (Encores!).

Janet has been a guest artist at Columbia University, Borough of Manhattan Community College, and Marymount Manhattan College. She is a songwriting teaching artist at Lincoln Center Theater.