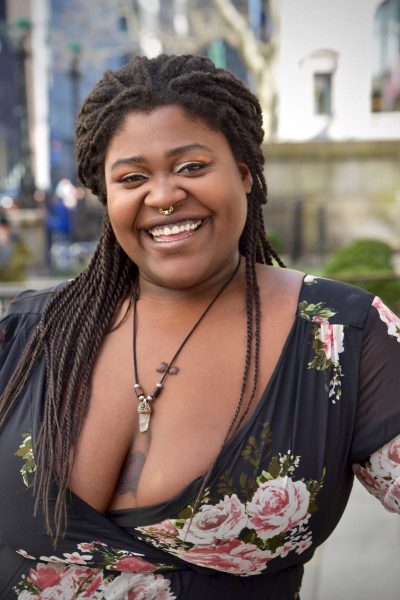 Janelle Lawrence ​received their B.F.A. in Musical Theatre from Manhattanville College.​ In their performance career they have appeared in VIEUX​ C​ARRE​ with direction and appearances by Austin Pendleton,The Lobby Project for DON’T BOTHER ME I CAN’T COPE* at Encore! City Center, IT WILL ALL WORK OUT* by Chris Wells songs by Jeremy Bass , PRISCILLA QUEEN OF THE DESERT* with Piper Theatre Productions and more. As a writer, composer, and lyricist Janelle has had their musicals SUBLIMINAL, 'TIS THE SEASON, and GROUP THERAPY at various Theaters in the NYC area such as Club Cumming, Teatro La Tea, and Joe’s Pub. Their operetta GOD KILLER (formerly MIXING MARX WITH MADNESS) was presented at Dixon Place on the Main Stage. Janelle Lawrence is the Artistic Director of Broad Views on Broadway, a non-profit Theatre Company dedicated to providing equal opportunity and representation of new theatre pieces. They just finished their residency with the 92nd St Y Musical Theatre Development Lab: Collective and is the Co-Moderator of Musical Theatre Factory’s Women/Trans/Gender Non-Conforming Roundtable. They are a 2019 Greenhouse Residency SPACE on Ryder Farm resident and a 2019 Barn Arts Hamilton Project Resident.