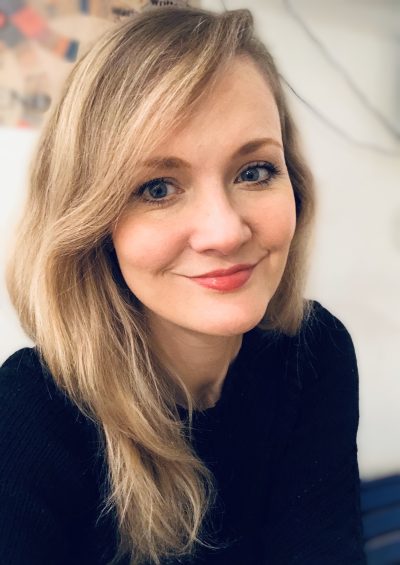 JAMIE BUXTON is a music theatre writer, composer, performer, pianist, and teacher. She is a recent MFA graduate from the NYU Musical Theatre Writing program, for which she wrote her thesis musical QUILLÉN with composer Pablo Concha. Jamie wrote the short film MY FIRST START, co-written and directed by Tony winner Victoria Clark, which premiered last fall on Amazon Prime. Jamie wrote the twenty-minute musical THE FOX with composer Lucy O’Brien which premiered in London as part of the inaugural Ceiling Project for the development of new musicals. Her short play FIRST DATE WITH HENRY THE EIGHTH was presented in NYC last year with Shiyr Productions. Last year, Jamie directed and choreographed THE 25TH ANNUAL PUTNAM COUNTY SPELLING BEE at the PIT in NYC, toured the PNW as a singer/dancer with NYGASP's reimagined THE MIKADO, and music directed/accompanied and performed in (UN)SUNG, a new musical about the Suffragettes at the PCMT at NYFA. Jamie's songs have been performed in NYC at the Laurie Beechman, Birdland, and Dixon Place. Jamie is a contributing author to the book 50 KEY MUSICALS, a music theatre textbook to be published next year by Routledge Press. She holds a Bachelor of Music in Music Theatre from the University of Central Oklahoma and calls Brooklyn home.