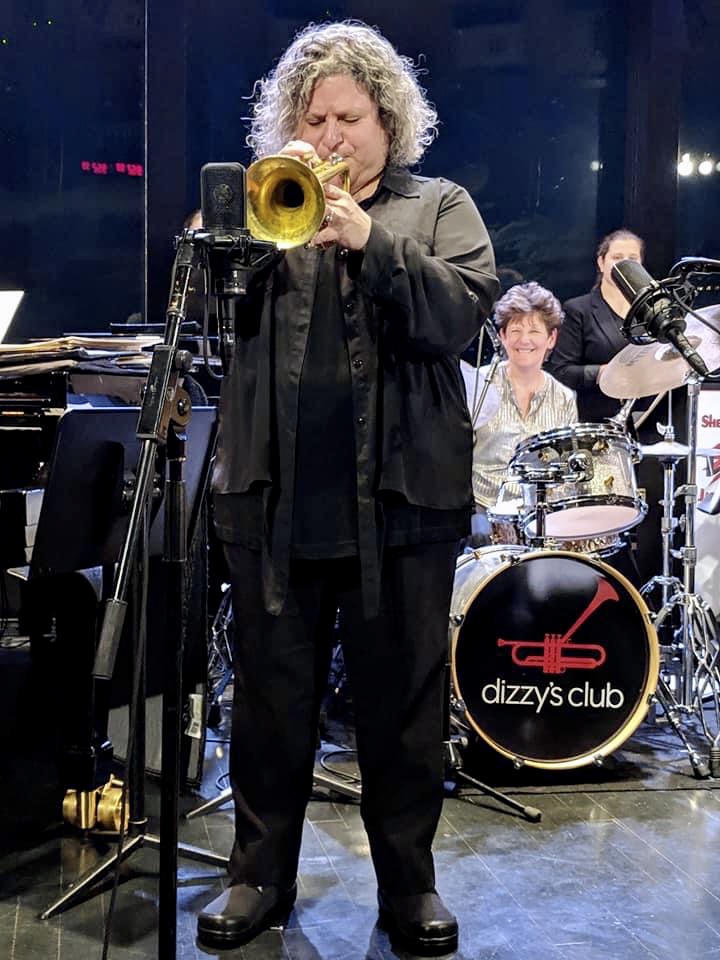 For almost 3 decades, trumpeter Jami Dauber has been residing in New York City, performing a wide variety of music, everything from Broadway and jazz, to salsa and classical. She is a widely acclaimed performer, educator, and recording artist. Jami has performed on multiple Broadway shows and most recently played lead trumpet in the orchestra for “A Bronx Tale the Musical.” She was also a member of the orchestra for the Broadway production of “Honeymoon in Vegas,” featuring the music of Jason Robert Brown, as well as “Anything Goes” and the Off-Broadway production of “Maurice Hines’ Tappin’ Thru Life. She has also performed in an orchestra with The Who at Madison Square Garden and Jones Beach.

She has been a member of The DIVA Jazz Orchestra and its core quintet FIVE PLAY for over 25 years and has been a long-time band member of The Ellington Legacy, led by Duke’s grandson, Edward Ellington. She has appeared with numerous artists including Nancy Wilson, Joe Williams, and Diane Schuur with DIVA, as well as with Jason Robert Brown, the Wycliffe Gordon Big Band, the Christian McBride Big Band, and others.

In addition to her talent as a trumpet player, Jami also has extensive experience in management and contracting, having been the manager of DIVA Jazz Orchestra Ltd, as well as contractor, for over 15 years.

She has an extensive discography, including recordings on ArtistShare, Telarc, Ghostlight Records, Universal Music Enterprises, Rock-It Science, Arbors Records, and can be heard on the original cast recordings of A Bronx Tale the Musical and Honeymoon in Vegas.