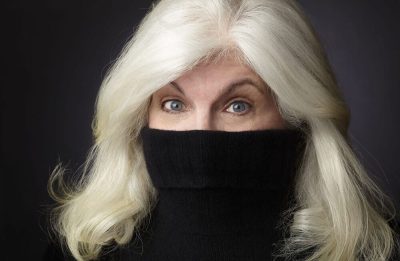 Holly Gewandter’s credits as lyricist/composer include the Emmy Award-winning Bubbe Meisis, Bubbe Stories (Ellen Gould’s acclaimed one-woman show, both Off-Broadway and on PBS), Gewandter/Songs (Public Theater), Ten Penguins, A Cabaret Opera (Colonnades Theater), Confessions of a Reformed Romantic (South Street Theater), Louis the Fish (Vineyard Theatre) and Cinderella: The Real True Story, Titsbits and Snow White, Unadorned (all with Cheryl Moch, at WOW). After its initial production at the East Village’s WOW theater, Cinderella: The Real True Story became an underground classic— audiences in dozens of cities and towns in the United States and abroad cheered as true love triumphed for Cinderella and the Princess. The Drill Hall, one of London’s premier fringe theaters, mounted two separate sold-out runs of the controversial play that a Tory in Parliament denounced as “twisted and sick”! A concert version of The Real True Story (of Cinderella), a musical theater project based on the original, was presented at Joe’s Pub at The Public, followed by a reading at Second Stage and a residency at Mass MoCA.
A graduate of NYU’s Tisch School of the Arts, Holly was awarded a fellowship to study electronic music at the Berklee school of Music in Boston where she was the recipient of the Joe Zawinul Jazz Masters Award. She has been a contributing author on several books on music technology and has taught as a guest lecturer at New York University.