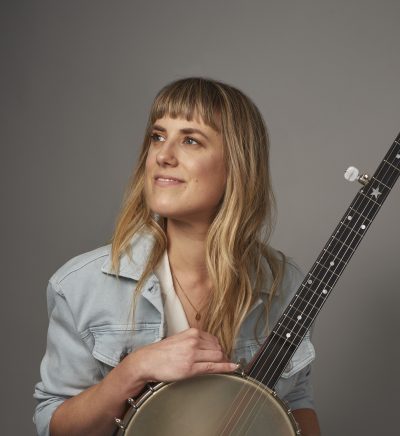 Hilary Hawke is a banjoist, multi-instrumentalist and singer known for having a fluid ability to play and switch between many styles of banjo playing while preserving the integrity and the beauty of each style. As a multi-instrumentalist she performs as a singer, guitarist, bassist, banjoist, clarinetist, and fiddle. She has devoted herself to learning and studying various styles of music including folk, oldtime, bluegrass, but also considers herself to be a music lover and brings this into her own songwriting and performing. Hilary recently was the featured banjoist for Oklahoma! on Broadway. She is also a guitar, bass and banjo coach for celebrities and actors/actresses and enjoys being a side person in bands as well as performing in theatre productions around the country.