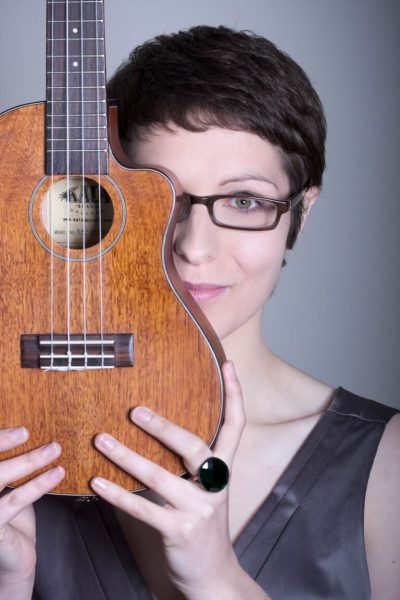 Songwriter, stand-up comedian and “Voice of an Angle” Helen Arney has appeared on TV, Radio and in theatres across the world with her unique mix of stand-up, songs and science. As one third of science theatre phenomenon “Festival of the Spoken Nerd” she has written and performed songs for three national UK tours, three DVD recordings, two BBC Radio series, the trio’s popular podcast and appearances at Hammersmith Apollo and Royal Albert Hall.

After her daughter arrived in 2016, Helen took her musical comedy career and added an MA in Screenwriting and Playwriting from City University, where she was awarded Distinction and the year prize for best screenplay. Since then she has been working on telling bigger stories on a larger scale, with Musical Theatre as her main focus.

She is currently developing two full length musical theatre projects: One as bookwriter, lyricist and composer about early female space flight pioneers, and another as lyricist and bookwriter with composer James Hughes in collaboration with the BOOK, Music and Lyrics workshop.