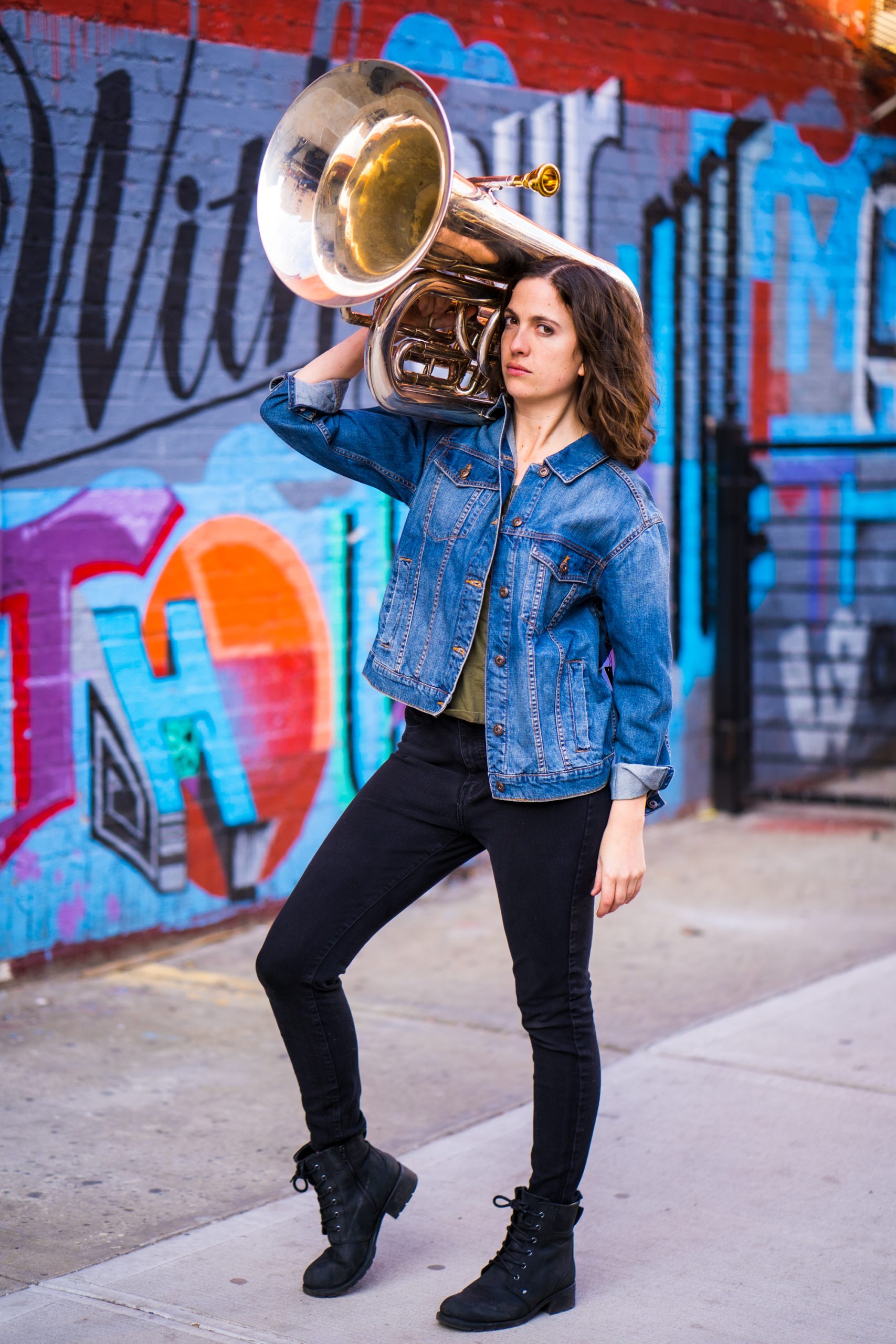 Heather Ewer is a freelance tuba player and educator born and raised in Colorado, living her best life in New York City. She grew up playing in a brass quintet with her trumpet playing twin brother and has been in love with the genre ever since. Heather studied with Deanna Swoboda at Western Michigan University where she earned her Bachelor’s in Music Education. She also has a Master's in Tuba Performance from Colorado State University. While living back in Denver, she played a variety of ensembles including orchestras, concert bands, British style brass bands, and recording sessions. One of her favorite projects was playing sousaphone and cymbals for the Denver Broncos marching band. Since moving to New York in 2019, she has become a staple of the NYC New Orleans brass band scene, performing on sousaphone with Brass by the Slice, Brass Queens, New Heights Brass Band, Brooklyn Delta Jazz Party, Off the Bar Brass, and the L Train Brass Band which she also led as Music Director for two years. In September 2021, she played sousaphone at the Met Gala with Brooklyn United Drumline, and just recently preformed in a marching band with BD Entertainment for Phish's 40th Anniversary Celebration at Madison Square Garden. She has also played professionally with multiple brass quintets. In addition to playing sousaphone and classical tuba, Heather has played tuba, bass, and trombone in pit orchestras, including Chicago, Les Miserables, Thoroughly Modern Millie, and multiple productions of Urinetown. Heather is passionate about music education and maintains a private studio while also teaching brass lessons for the Brooklyn Conservatory of Music. Outside of loving playing and teaching, she also is an arranger, conductor, composer, and music contractor who loves meeting new people.