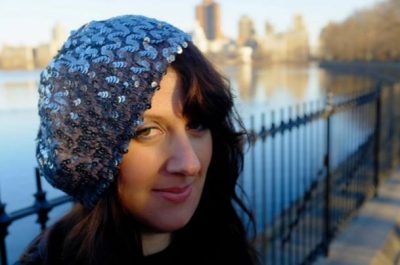 In 2019, Greta and playwright ALEXANDRA COLLIER presented six nights of concert performances of their rock musical TRIPLIGHT at JOE'S PUB at THE PUBLIC THEATER, NYC (2019), starring Kristen Sieh (THE BAND'S VISIT) after being awarded residencies and workshops to develop it at UCROSS FOUNDATION (Wyoming), RHINEBECK WRITERS RETREAT, SPACE at RYDER FARM, NEW MUSICALS AUSTRALIA and THE TANK (NYC).

Greta was a composer in ARS NOVA'S UNCHARTERED PROGRAM (2015-6) and POLYPHONE FESTIVAL (Philadelphia, 2017), where she developed the ghost-rock musical THE REAL WHISPER with playwright AKIN SALAWU. She and STEW (TONY Award winning creator of PASSING STRANGE) were granted a residence at The Orchard (2015) to begin development of their musical ANNA HIT. Greta was a composer in the BMI LEHMAN ENGEL MUSICAL THEATRE WORKSHOP (2014).

Greta has performed and released several albums as a solo artist and with her bands THE UNIVERSAL THUMP and PECCADILLO, has regularly performed at venues such as Joe's Pub, The Bell House and Barbés, has opened for artists JOAN AS POLICEWOMAN, MARTHA WAINWRIGHT, MADELEINE PEYROUX and GLENN TILBROOK (Squeeze) and toured the USA, Australia and Europe.

Greta and her husband, drummer-producer ADAM GOLD produced and performed as house band for the acclaimed variety shows THE SEDER-SONGWRITER PROJECT at Joe's Pub (2014-16) and 'ALL THINGS MUST PASS' Benefit Concert (2010). In 2020, the music video for Greta's song 'SEDER-MASOCHISTIC', which Greta directed, featuring guest vocalist-actor, LAUREN MOLINA, reached over 2 MILLION VIEWS on YOUTUBE. Greta also produced the album THE BEACON (2016) by singer-songwriter, ALICE BIERHORST as well as directing a music video for her single NOT LIKE THE MOVIES.

Greta's songs have been featured multiple times on NPR, she was awarded an AUSTRALIA COUNCIL FOR THE ARTS GRANT (2007) to tour in support of her theatrical concept album EDIBLE RESTAURANT. She co-penned multi-platinum-selling pop songs, BLOW UP THE POKIES and CHARLIE #3, performed by THE WHITLAMS (Warner Music Australia), featured in musical TRUTH, BEAUTY AND A PICTURE OF YOU (Hayes Theatre, Sydney, 2014).

Greta has also composed music for short films and television shows, and her songs have been placed in multiple television commercials. She has taught piano and songwriting at SCHOOL OF CREATIVE AND PERFORMING ARTS (SOCAPA, 2014-15), and musical theater workshops at NYU PLAYWRIGHTS HORIZONS THEATER SCHOOL and an outreach program of the SYDNEY OPERA HOUSE (in conjunction with their production of THE RED TREE, in 2019).