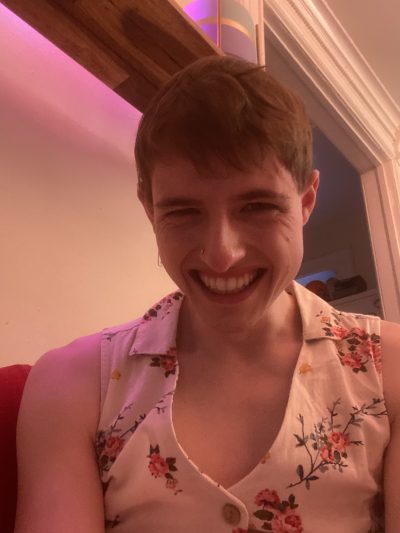 Farrah Rothman (b. 1997) is a composer, lyricist, pianist, writer, and orchestrator based in Brooklyn. She is a proud member of the transgender community and an advocate for marginalized voices in the arts.

As a musical theatre composer and lyricist, Farrah was the 2020 recipient of Yale University’s highest arts award, the Louis Sudler Prize for Excellence in the Performing Arts. She was the first ever recipient of the SigWorks Signature Theatre/Yale Composer Fellowship in 2019 for her musical Saturdays (with librettist Walker Caplan), which was also performed in 2018 as part of New York Musical Festival’s Developmental Reading Series and was a semi-finalist for the Eugene O’Neill National Musical Theatre Conference. Her musical Rumspringa (with librettist Walker Caplan, dir. Annette Jolles) was developed through the Shen Curriculum for Musical Theatre at Yale University and staged as a curricular production in December 2019. With co-orchestrator Daniel Rudin, Farrah produced original cast recordings of Saturdays (under deadname Scott Etan Feiner) and Rumspringa, which are both available on all streaming platforms.

As a classical composer, Farrah has been awarded Yale’s Bach Society Music Prize and Abraham Beekman Cox Prize. As a teenager, she won the Tribeca New Music Competition and was twice a finalist for the ASCAP Foundation Morton Gould Young Composer Award and the Charles Ives Concert Series. She won the Brian Israel Prize at the Syracuse Society for New Music, the Society for Chamber Music in Rochester Composer Competition, the Juventas New Music Ensemble Call for Scores, and was a YoungArts winner in 2014 and 2015.

As a music director, Farrah has worked on several productions at the David Geffen School of Drama at Yale University including “The Commedia Project” (dir. Christopher Bayes) and “Bulgaria! Revolt!” She was the co-music director of the 2020 Yale Whiffenpoofs and the music director of the Yale Spizzwinks.
Farrah holds a B.A. in Music & Theatre Studies with honors from Yale University and a diploma in Composition from Juilliard Pre-College. She is also an aerialist with a concentration in aerial rope; she was an intensive student at Circus Warehouse in New York City and a founding member/former president of the Yale Aerial Circus Arts Collective.