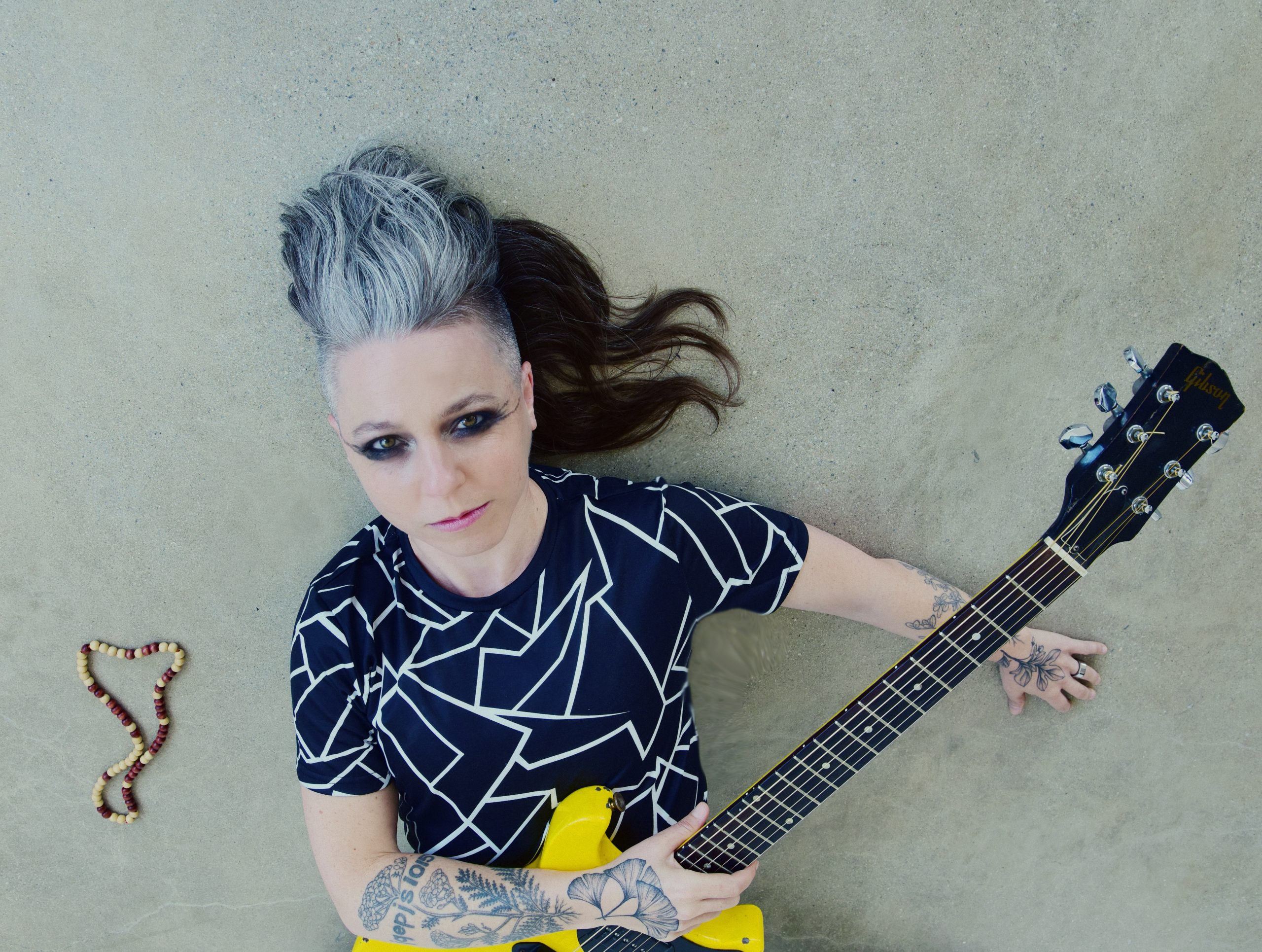 Erin McKeown (pronounced MICK-YONE) is a musician, writer, and producer known internationally for their prolific disregard of stylistic boundaries. Their brash and clever electric guitar playing is something to see. Their singing voice is truly unique —clear, cool, and collected. Over the last 20 years, they have performed around the world, released 11 full length albums, and written for film, television, and theater, all the while refining their distinctive and challenging mix of American musical forms.

Erin’s first musical, Miss You Like Hell, written with Pulitzer Prize-winning playwright Quiara Alegría Hudes, opened Off-Broadway at The Public Theater in 2018. It was nominated for 5 Drama Desk Awards, including Best Lyrics, Best Music and Best Orchestrations, and The Wall Street Journal named it Best Musical of 2018.

Leading their own band, Erin has performed at Bonnaroo, Glastonbury, and the Newport Folk Festivals. A familiar presence on NPR and the BBC, McKeown’s songs have also appeared in numerous commercials and television shows.

While a student at Brown University, Erin was a resident artist at Providence, RI’s revolutionary community arts organization AS220. A 2011-2012 fellow at Harvard’s Berkman Klein Center For Internet & Society, they are also the recipient of a 2016 writing fellowship from The Studios of Key West and a 2018 residency at the Virginia Center for the Creative Arts. McKeown was a 2020-21 Professor of the Practice at Brown University.

Erin’s latest album KISS OFF KISS is out now.

ARTIST STATEMENT
I am a multi-instrumentalist working primarily in American forms. I build my work from a knowledge of early American popular entertainment (minstrelsy, vaudeville, musical theater) plus a lived experience of folk music (blues, Americana, string band). I recast these historical antecedents into contemporary contexts, challenging listeners to look more closely at themselves and the world around them. Playfulness and pleasure are key aspects of my work. I believe in rhythm as a primary means of communication and joy, so all my work begins with the elemental engine of percussion and the interplay of vowels and consonants.