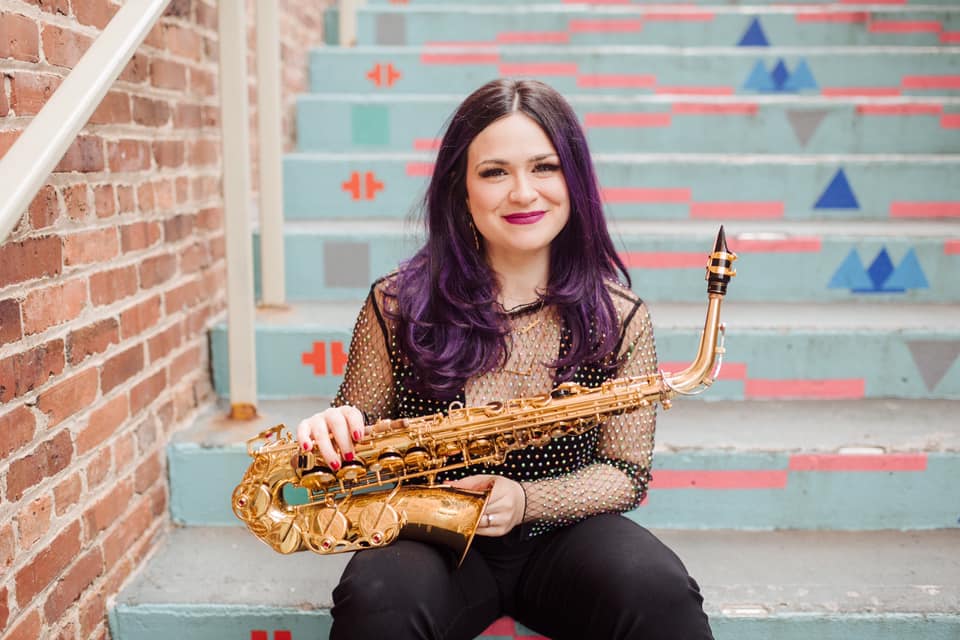 Brooklyn-based saxophonist and woodwind doubler Emily Pecoraro is known for her work in divergent ventures across the musical spectrum. In addition to her creative pursuits, Emily has played in a dozen Broadway pit orchestras, regional theaters, and touring Broadway productions, and she has twice been a chair holder in the orchestra for The Christmas Spectacular featuring the Radio City Rockettes. She has also been a regular tenor and alto saxophone soloist with The Temptations Revue featuring the late Motown legend Dennis Edwards, as well as the tenor saxophonist and lead alto saxophonist with both The Temptations and The Four Tops “New York” horn section, backing up the living Motown legends Otis Williams and Duke Fakir.

As an administrator, Emily is the Program Director for WIJO Mentors, the Women in Jazz Organization’s collegiate mentorship program. She is also the Artistic Director of and curator for The Variousound Sessions, an experimental concert series with a monthly residency at Pete’s Candy Store in Williamsburg, Brooklyn.

Emily holds her M.M. in Multiple Woodwind Performance from The Boston Conservatory, with concentrations in saxophone, clarinet, and flute. She also holds a B.M. in Music Education from Ithaca College, with an emphasis on jazz performance and pedagogy in addition to traditional studies in music education.