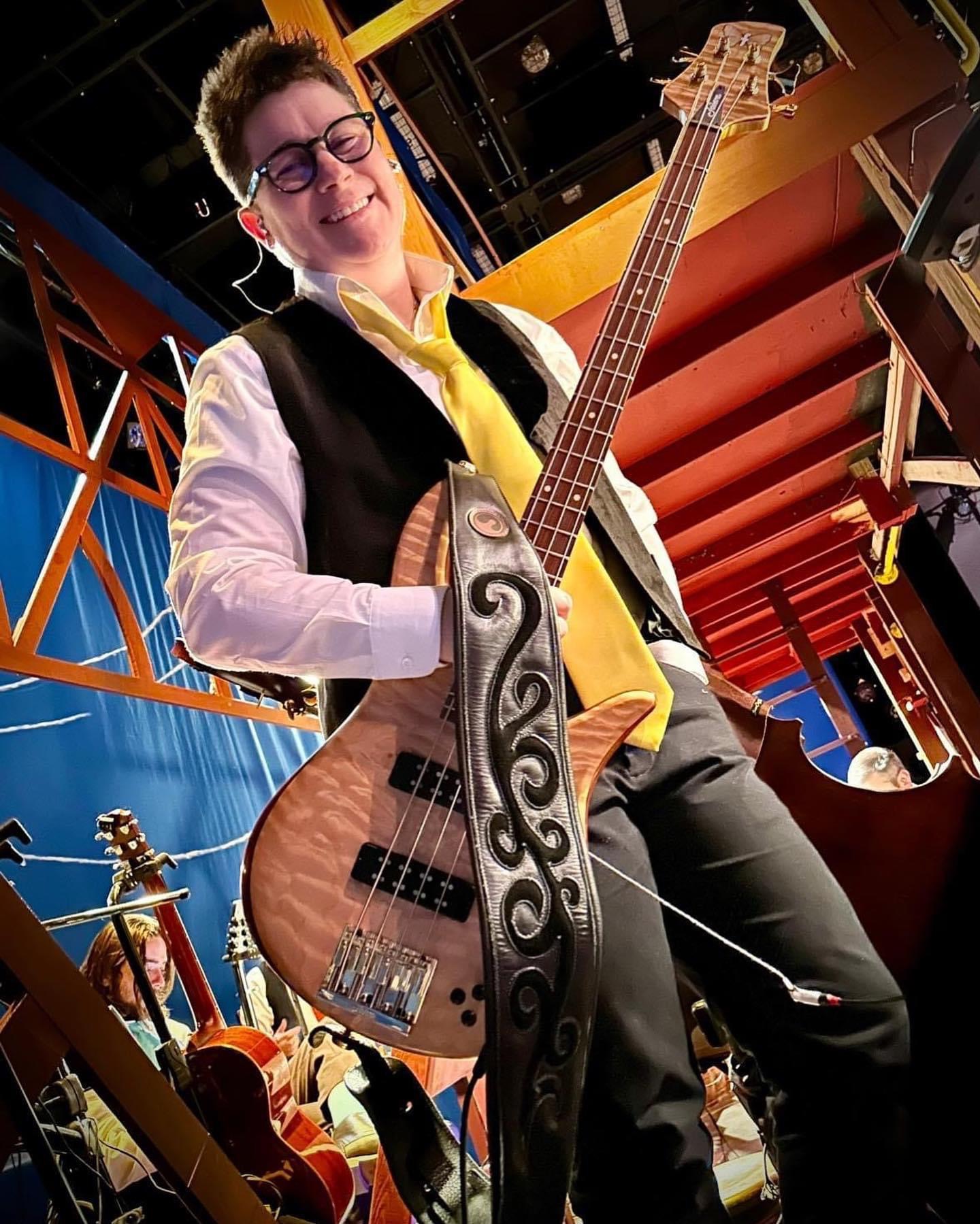 Emily is a NYC-based bassist with over two decades of experience in Nashville. Her style and technique have been fueled by Nashville's wide range of genres as well as the deep roots of NYC's Harlem Renaissance jazz scene and various musical theater productions.

In Nashville, Emily performed with a diverse array of musicians from alt-rock to Americana, with jazz ensembles at the Nashville Jazz Workshop's Jazz Cave, and backing a revolving door of singer-songwriters. Her most recent performances in the New York/New England area include studio recordings and live performances for up and coming songwriters and the fall 2022 production of Spring Awakening at Northern Stage.

​Emily graduated with a B.M. in Bass Guitar/Commercial Music from Belmont University in Nashville and holds an M.M. in Jazz Performance—Bass from New York University's Steinhart School of Music. While at NYU, Emily was a member of the NYU Broadway Orchestra, directed by Ted Sperling and John Miller. She was also an adjunct electric bass instructor for undergraduate non-majors.