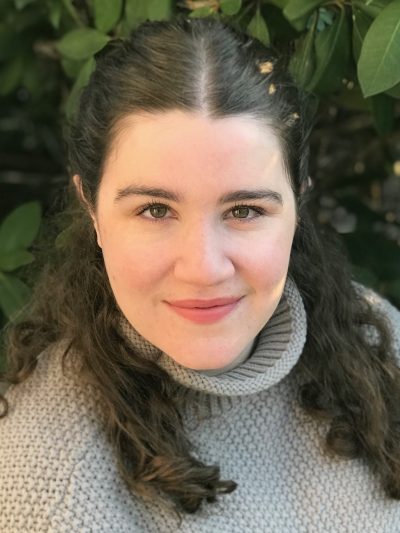 Elspeth Collard is a British-born composer-lyricist, orchestrator, and arranger. She recently graduated from the Graduate Musical Theatre Writing Program at NYU Tisch, having previously studied Music at Newnham College, University of Cambridge. Full-length and short form pieces include: A Princess Story (with Sam Rosenblatt, in development); Twenty-Six Percent (with Sam Rosenblatt, available on Spotify and Apple Podcasts); Miroir (with Deniz Demirkurt, NYU thesis project 2020); Easier To Die (with Alex Higgin-Houser, actor lab, NYU 2019); and Don’t Ever Change (with Rebecca Rebis, Edinburgh Fringe and Brickhouse Theatre, Cambridge, 2017). Her songs and orchestrations have been featured at cabaret venues including Feinstein’s/54 Below, Dixon Place, The Duplex, and Don’t Tell Mama; and on various online streaming platforms, including YouTube web series Is This Art Now?, and musical theatre podcast The Latest Draft, for which she is also a programming manager. Elspeth has also been the musical director of several vocal and orchestral ensembles, as well as for a student production of The 25th Annual Putnam County Spelling Bee (site-specific production dir. Eric Gelb, 2019), and played percussion for a variety of concerts and musicals, including the original Edinburgh Fringe run of Six. She is a proud member of Maestra and of the Dramatists Guild.