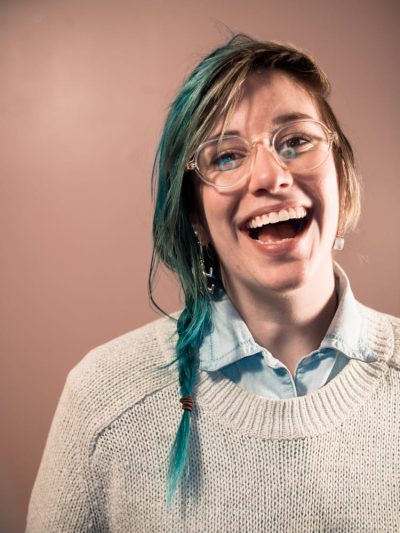 As a songwriter, playwright, and performer, I create new work in music, theater and the in-between. I have a fierce love of collaboration and cultivating accessible, inclusive storytelling.

I co-wrote/composed/directed musical podcast 36 Questions with my writing partner Chris Littler. It stars Jonathan Groff and Jessie Shelton, and was produced by Two-Up Productions. I'm also 1/5 of nerd-rock group Chamber Band, and together we've made three albums and adventured on three national tours. I've performed my music at all over the greater NYC area, including Rough Trade, The Knitting Factory, Pete’s Candy Store, off-broadway theater venues and many a Sofar show.

In the world of theater, I've had the joy of working with Dave Malloy, Heather Christian, The Bengsons, Brandon James Gwinn, and César Alvarez. I’ve also made work with the Public, NYTW, Ars Nova, The Tank, Pipeline Theatre Co., On the Rocks, PHTS and UArts. I often work as a music director / arranger / performer, utilizing my background in electronic music, jazz, and vocal technique. In 2018, I had the sheer pleasure of embarking upon the Rhinebeck Writers Retreat for Musical Theater. Last year, Chris and I also had residencies at Ars Nova and SPACE on Ryder Farm. I'm a member of The Daughters Collective and The Story Pirates. Also - a proud alum of Duke Ellington School of the Arts (Wellesley Book Award) and Sarah Lawrence College (David Lindsay Abaire-Playwriting Award).

Currently, I'm in the throes of post-production for my debut album, Every Feeling. It’s coming atcha this year.