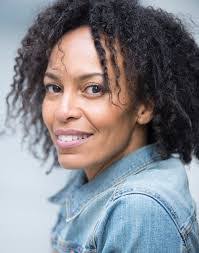 EISA DAVIS is a performer, composer, and writer working on stage and screen. A recipient of the 2020 Creative Capital Award, the Herb Alpert Award in Theater and an Obie winner for Sustained Excellence in Performance, Eisa was a finalist for the Pulitzer Prize in Drama for her play Bulrusher, and wrote and starred in the stage memoir Angela’s Mixtape. She has recorded two albums of her original music, Something Else and Tinctures, and performed her songs at numerous venues in New York and across the country. Current projects include her music theatre piece The Essentialisn't, the libretto for an opera adaptation of Bulrusher, and the songs for a musical version of Devil In A Blue Dress. Eisa has appeared in Theatre For One's virtual platform performances, The Secret Life of Bees (AUDELCO Award), Carrie Mae Weems’ Grace Notes, Dave Malloy and Rachel Chavkin's Preludes, The Cradle Will Rock, The Piano Lesson (Berniece, music director and composer), This, and Passing Strange. Other stage and television work includes Kings, Julius Caesar, Betty, Succession, Bluff City Law, Rise, Mare of Easttown (upcoming), God Friended Me, The Looming Tower, House of Cards, Hart of Dixie, and The Wire. Eisa wrote the narration for Cirque du Soleil's Crystal and episodes for both seasons of Spike Lee's Netflix series She’s Gotta Have It. She is also writing and executive producing a Little Rock Nine limited series for UCP.