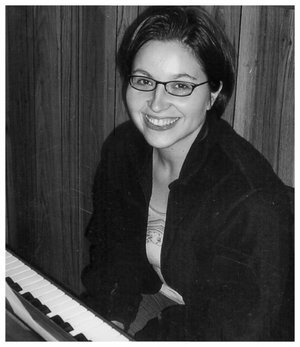 Dr. Jelena Cingara is an active performer and artist in the United States, Canada, and European countries such as Italy, and Czech Republic. Her career includes a series of solo, chamber, and collaborative international and national recitals, 16 years of piano teaching, and chamber music. She has performed in concert venues such as: Libby Gardner, Dumke, Abravanel hall, and Kenley amphitheatre in Utah, as well as Arts and Letters Club, Walter Hall, and Ettore Mazzoleni Halls in Toronto. As a collaborative and chamber musician, she has played recitals in Italy, Serbia, US and Canada, and for masterclasses for famous quartets such as: The Bennewitz, Faure, Doric as well as Philip Seltzer from the Emerson Quartet. Jelena is a prizewinner of numerous piano competitions, and throughout her career, she was also a recipient of numerous scholarships and a teaching assistantship. She recently completed her DMA in Piano Performance, with a minor in organ performance at The University of Utah School. Jelena has performed in Carnegie Hall! Her Off-Broadway/Broadway debuts are with: "The Last boy" in the summer of 2021/ April 2022 respectively. Jelena has played in: "The Kiss of the Spider woman" with Scarborough players theatre, "Carrie" with Utah Rep Theatre, "Charlie Brown" with Toledo Theatre. Jelena has accompanied singers in Broadway style at Barnard College (1 class of 10 students), and prepared them for recitals, AADA (4 classes of 15 student a week), U of Toledo, and in person for many years (since she was in her 20's). She has a good knowledge of Broadway repertoire that she has been accompanying and performing.