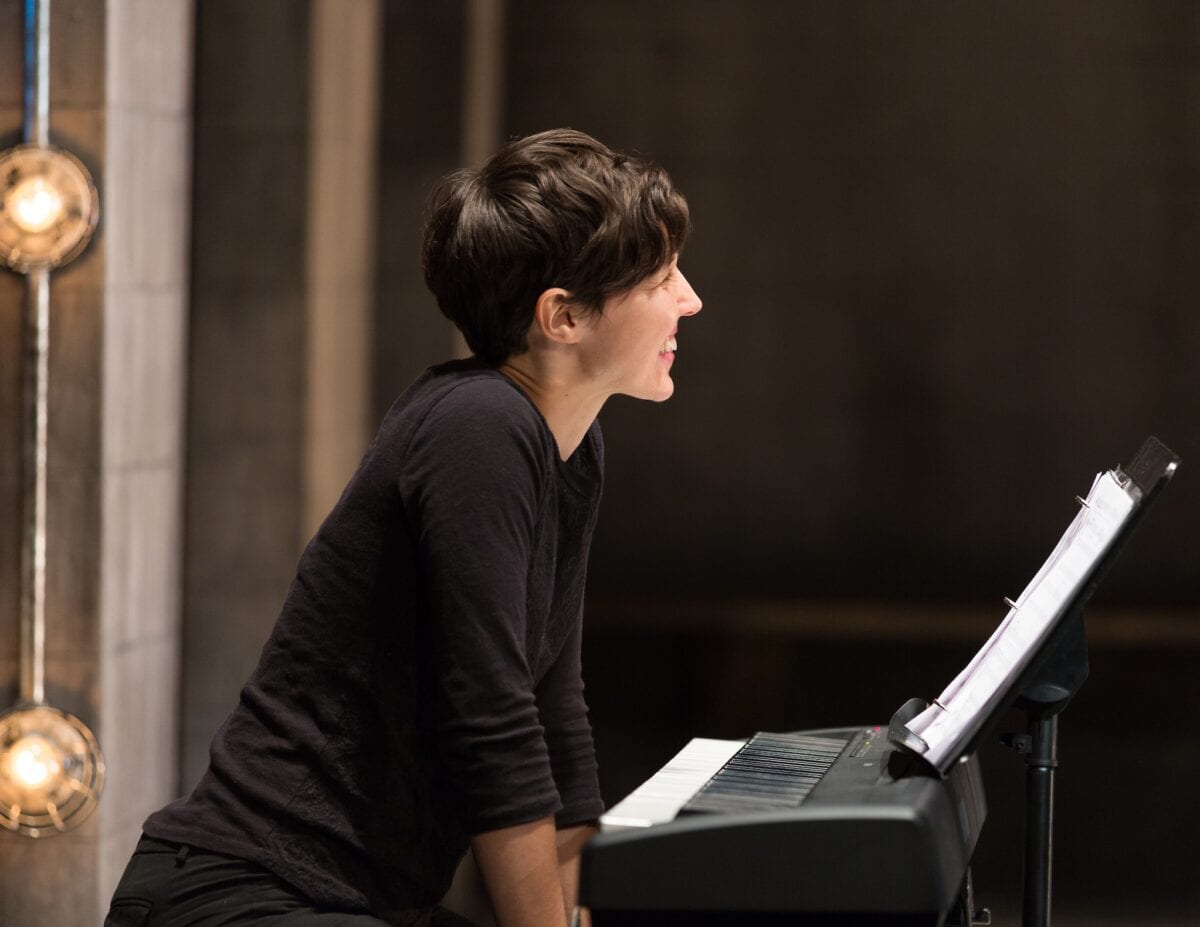 Composer, lyricist, music director and performer Diana Lawrence works across genres and disciplines to tell essential human stories through music. Her musical, MILL GIRLS, released a 2021 EP featuring Nikki Renée Daniels, Alysha Deslorieux and Val Vigoda, and her chamber musical, ZORA ON MY MIND, was given a 2022 workshop via Georgetown University's Racial Justice Institute. She has worked as an improvising/composing music director for The Second City, and was commissioned to write original music for Steppenwolf Theatre’s premiere of Tracy Letts’ Mary Page Marlowe. Diana & the Dishes, her original pop-soul project, has shared the stage with artists such as Nellie McKay and Becca Stevens, and the band’s recent releases were produced by Rob Kleiner (Sia, Andra Day). A member of the BMI Musical Theatre Workshop and 2021 recipient of the Jerry Harrington Award, Diana has taught musical theater composition, songwriting and improvisation for Chicago Dramatists and the Second City Training Center.

As a music director and pianist, Diana has worked with The Public Theater, Playhouse 46, Goodman Theatre, Chicago Shakespeare Theatre, the American Musical Theatre Project at Northwestern University, Hubbard Street Dance Chicago, and the Uptown Poetry Slam, one of the premiere spoken-word events in the country. Holding a degree in Voice Performance from the University of Michigan, Diana also works as a singer and coach in a variety of classical, folk and pop vocal styles.

Diana’s work is grounded in the belief that music should empower under-represented voices. She has served as a music director with TADA! Youth Theater and an MD, composer and teaching artist with Storycatchers Theatre, a company that creates original musical theatre with incarcerated youth. As a keyboardist for Grammy Award winner, Tim Kubart, Diana has toured far and wide performing for kids and families. Dedicated to amplifying the voices of girls and women, Diana creates and performs staged concerts and workshops with the cross-genre vocal trio, Artemisia, and has has mentored for Maestra Mentorship since its inception.