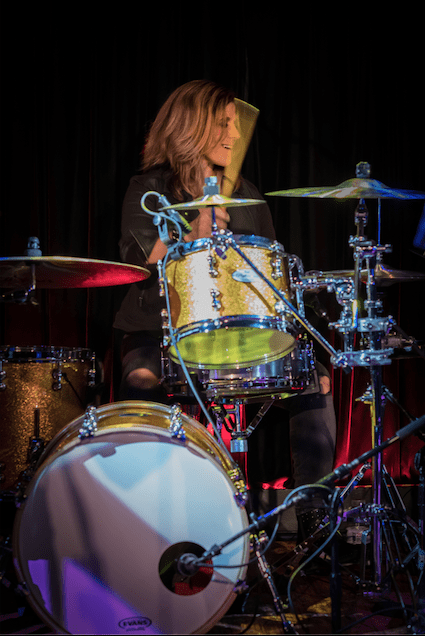 Dena currently holds the drum chair for the Off-Broadway revival of Little Shop of Horrors at the Westside Theatre. She recently performed with Kristin Chenoweth: For The Girls, at the Nederlander Theater.

Prior to her entrée to Broadway, Dena recorded and toured for 20 years with the all-female rock band, Antigone Rising. The band was signed by Lava/Atlantic records and enjoyed many high-profile gigs, including a VHI Special (Listen Up) and appearances on the Today Show and Tonight Show. Antigone Rising served as cultural ambassadors to the US Embassies in Israel, Palestine and Vietnam. She has also worked on a for-hire basis with several local, regional and international artists, including Rob Thomas of Matchbox Twenty.

Dena is a Certified Drum Therapist with the DAD (Drums & Disabilities) program, a clinician and freelance writer. She was featured in Sticks n Skins, a photography book on the drumming community and in the September 2018 issue of Modern Drummer magazine.