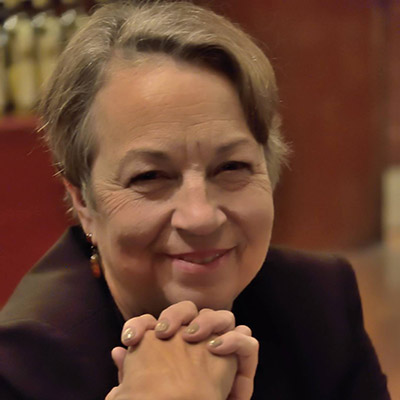 Deborah Brevoort writes plays, musicals and opera librettos. She is best known for her play THE WOMEN OF LOCKERBIE which is produced internationally and MY LORD, WHAT A NIGHT which has been optioned for productions on the West End and Broadway after being produced at Ford’s Theatre in Washington DC.

Deborah has written 10 opera librettos after receiving training in American Lyric Theater’s (ALT) Composer/Librettist development program. Her latest is THE KNOCK with composer Aleksandra Vrebalov, about military wives, which was commissioned by Glimmerglass Opera where it was made into a live-action film that premiered during the pandemic. It is available on YouTube and will receive its stage premiere at Cincinnati Opera in 2023. QUAMINO’S MAP, about American enslaved men who fought for the British during the Revolutionary War, will premiere at the Chicago Opera Theater in 2022, composed by Errollyn Wallen. MURASAKI’S MOON, with Michi Wiancko, was commissioned by NYC’s Metropolitan Museum of Arts, On-Site Opera and American Lyric Theater and premiered at the Met in 2019. EMBEDDED, inspired by Edgar Allan Poe, with composer Patrick Soluri, was commissioned by ALT. It won the Frontiers competition at Ft. Worth Opera, where it was produced in 2016. It premiered at the Fargo-Moorhead Opera. STEAL A PENCIL FOR ME, with composer Gerald Cohen, won the 2016 Frontiers competition at Ft. Worth Opera and premiered at Opera Colorado in 2018. ALBERT NOBBS, with composer Patrick Soluri, won the 2019 Frontiers Competition at Ft. Worth Opera and was a finalist for the 2018 Pellicciotti Prize in Opera composition. During the pandemic, she wrote DINNER 4 3, with composer Michael Ching, based on Boccaccio’s The Decameron, as part of an opera web-series, Tales from a Safe Distance, produced by the Decameron Opera Coalition and Fargo Moorhead Opera. THE POLAR BAT, a new adaptation of Die Fledermaus set in the world of Alaskan reality TV, was commissioned and produced by the Anchorage Opera where she also wrote a new libretto for Mozart’s comic opera THE IMPRESARIO. Her next opera will be THE DOWRY with Shawn E. Okpebholo.

Deborah is a two-time winner of the Frederick Loewe award in musical theatre for COYOTE GOES SALMON FISHING with Scott Davenport Richards and KING ISLAND CHRISTMAS with David Friedman. She wrote the book and lyrics for CROSSING OVER an Amish Hip Hop musical with composer and co-lyricist Stephanie Salzman and is currently writing the book and lyrics for LOVING with composer Diedre Murray. Other musicals in the pipeline include: TIFFANY GIRLS, about Clara Driscoll, the true creator of the Tiffany Lamp, with composer Julianne Wick Davis; and THE ART OF BEING REMMY based on the YA novel by Mary Zisk, with composer Rona Siddiqui.

Deborah serves as an artistic mentor to the NBO Musical Theatre festival in Nairobi, Kenya where she is currently mentoring 14 new musicals written by Kenyan composers and writers. She teaches in the graduate musical theatre writing at NYU and the MFA playwriting program at Columbia University.