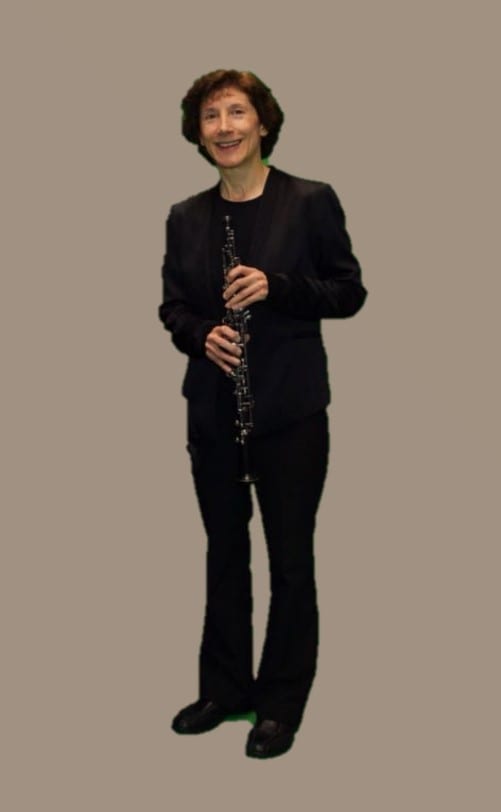 CHRISTINE (Chris) MACDONNELL: a graduate of Loyola University New Orleans, Christine received her Master of Music degree in clarinet performance from The Juilliard School. New York performances include Radio City Music Hall, Paper Mill Playhouse, Albany Symphony, New Jersey Symphony, Hudson Valley Philharmonic, Northeast Philharmonic Orchestra, and others. National performances include the Walnut Theatre and The Philly Pops in Philadelphia, John F Kennedy Center for the Performing Arts in Washington, DC, Georgia State University, and Atlanta’s Fox Theatre. Christine has performed and lectured locally and performed abroad as principal clarinet in the Orquestra Sinfonica Brasileira in Brazil and the Nova Philharmonia Portuguesa in Portugal. Just recently she was a featured clarinet artist in the V Festival International de Sopros in Rio de Janeiro, Brazil. She has served two US Presidents in the “President’s Own” Marine Band. Christine has toured nationally with productions such as Phantom of the Opera, Miss Saigon, You’re a Good Man, Charlie Brown, and Falsettos. A popular freelance musician in NYC, and Broadway regular on shows such as Aladdin, The Prom, Phantom of the Opera, and The Lion King, she also plays in many local chamber ensembles, including the Metamorphic Winds. Currently she serves as a woodwind instructor at the United Nations International School, as well conducting master classes at various universities within the United States. She has been interviewed and featured on WPFW, Jazz and Justice Radio in Washington, DC, and on Clarinet Corner, Troy University Public Radio. Her two classical CDs,“Enchanted Saint Saens” and “Clarinet Rhapsody” have been hailed as “beautifully played and well-deserved of its title”. Her latest recording, “Chris’ Journey, A Whimsical Collage of Music”, is a piece specifically written for her. It is very unique in that one artist, Christine MacDonnell, is performing all 11 woodwinds depicting various styles. All three recordings are available online at cdbaby.com. Christine is also a Yamaha Performing Artist and a D’Addario Performing Artist.