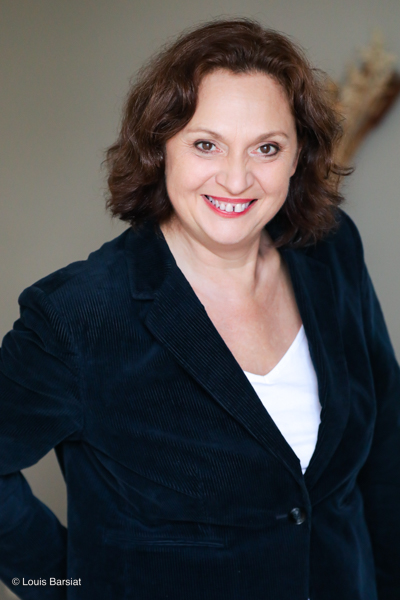 Christine Khandjian is an accomplished French songwriter and performer.
She co-wrote five musicals, three of which have been produced in Paris.
Those last 3 years, her co-adaptation of 24 Hours in a life of a woman (which has been created at the Theatre La Bruyère in Paris) was touring in Spain, in a Spanish adaptation.

​She worked on the books of two Musical Shows about the songwriters :
Georges Brassens (« Brassens ou les chansons d’abord » that was
played in Bobino…) and Jacques Brel (« Chez ces gens-là »)

Christine has also written and produced two albums : Le tour de mes rêves
and L’histoire de Sally Mac Laureen. With the latter, she received the Jury and Sacem Price in Savigny, France and the Discovery Price during The Festival of Musicals in Paris.
With the McLaureen's tale, Christine was a part of The Edinburgh Festival in a solo performance / adaptation of her Celtic Musical about Irish exodus adapted in English with Colton Pometta and Devon Graves.

​Christine also took part in the Japanese album Chansons Inoubliables.
She often performed in Japan during the Kakehashi Festival of French
Song (with Kaze san and Patrick Nugier), in a duet with Mark Marian.

She also casted in different shows, such as Little shop of horror and
Les Nouveaux Romantiques, Jonas or the French version of Menopause in Paris (she played Mother Nature during the 150 performances).

She is currently working on a new show for Christmas.