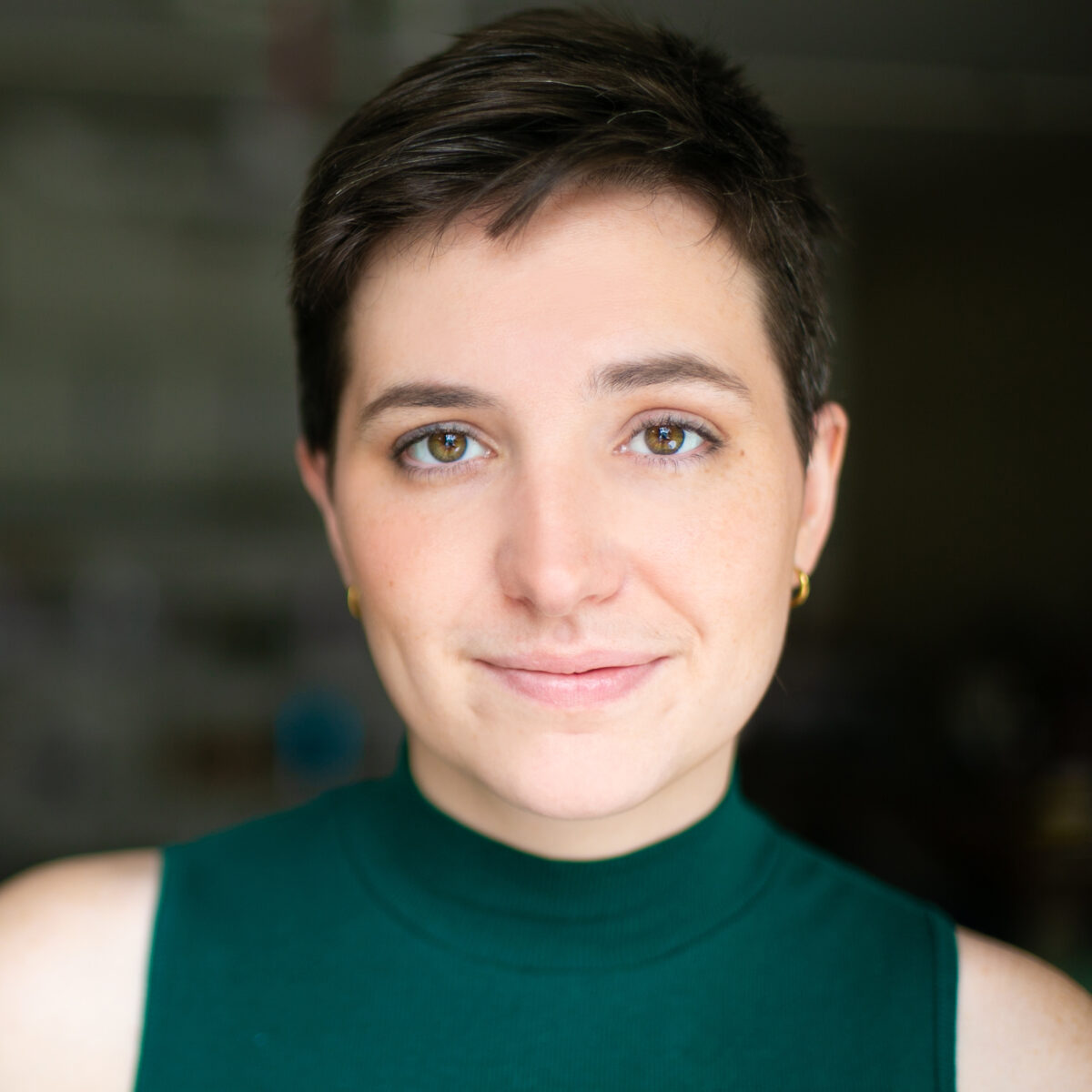 Mx. Christiana Cole moved from Austin, Texas to New York to study opera at the Manhattan School of Music. But while they were in school, Christiana began sneaking into composition classes, and convinced the registrar to let them cross-register at Columbia University, where they studied creative writing. Christiana studied composition with Dr. Mark Stambaugh and Christopher Cerrone. Christiana served as dramaturg on Cerrone’s Pulitzer Prize-nominated opera Invisible Cities. Christiana’s first full-scale work was Bombshell Baby, a musical about a drag queen who fights Nazis. (Christiana wrote book/lyrics and co-wrote the music with Rachel Felstein.) Bombshell Baby was presented in a sold-out run at the Ensemble Studio Theatre in July 2012.

Christiana is a 2020-2021 Dramatist Guild Fellow, and a member of the the Advanced Songwriting Workshop and Librettists Workshop within the BMI Lehman Engel Musical Theater Writers Workshop. Current projects include Tribe Without a God, a Neolithic comedy; Republicana, a country rock drama about a small town during a plague; Apocrypha, the untold true story of the founding of the Christian church; and with Laura Kleinbaum, Puritan/Lesbian/Witch, a time-traveling coming out musical.

Christiana has written a number of musicals for children, including Peanut Butter and Cupcake (based on the best-selling children’s book by Terry Border) and Sparkle Spa (based on the Scholastic series by Jill Santopolo), which were both produced at Interlakes Theatre in New Hampshire. Christiana wrote lyrics, with music by Rogers Award-winner Brad Ross (Little by Little) and book by New York Times best-selling author Jill Santopolo (The Light We Lost). Their adaptation of The Frog Prince (written with Kristin Madden and Brennan Johnson) was commissioned and produced by Random Farms Kids Theatre, and has subsequently been licensed and produced across Asia, in Japan, China and Korea.

Christiana is a studio singer for legendary composer Philip Glass. They are Tony-winner Joanna Gleason’s backup singer. They were featured on the soundtrack of hit film The Farewell, starring the rapper Awkwafina. Christiana is a winner of NPR’s The MOTH Story Slam, and was featured on The MOTH GrandSlam, where they told a story about a weird thing they did when they were 8. Christiana cantors four Masses a week at Divine Mercy Parish (Roman Catholic) in Williamsburg, Brooklyn (plus all the weddings and funerals).

Christiana has taught voice lessons for fifteen years. In addition to their private studio, Christiana has been a guest lecturer at Columbia University, University of Lynchburg, and SUNY New Paltz, and on the voice faculty at the New York Film Academy Professional Conservatory of Musical Theater. They are hired by composers and producers as a consultant on vocal lines and general singing questions. They tutor aspiring writers and mentor aspiring voice teachers. They are available for script consultation.

Christiana’s Christmas album “A Cozy Christmas with Christiana Cole” is available on iTunes, Amazon, and all major streaming platforms. They have a chihuahua/dachshund mix (aka “chiweenie”) named Millie and a husband named Aaron. Christiana is autistic and a trans non-binary person.