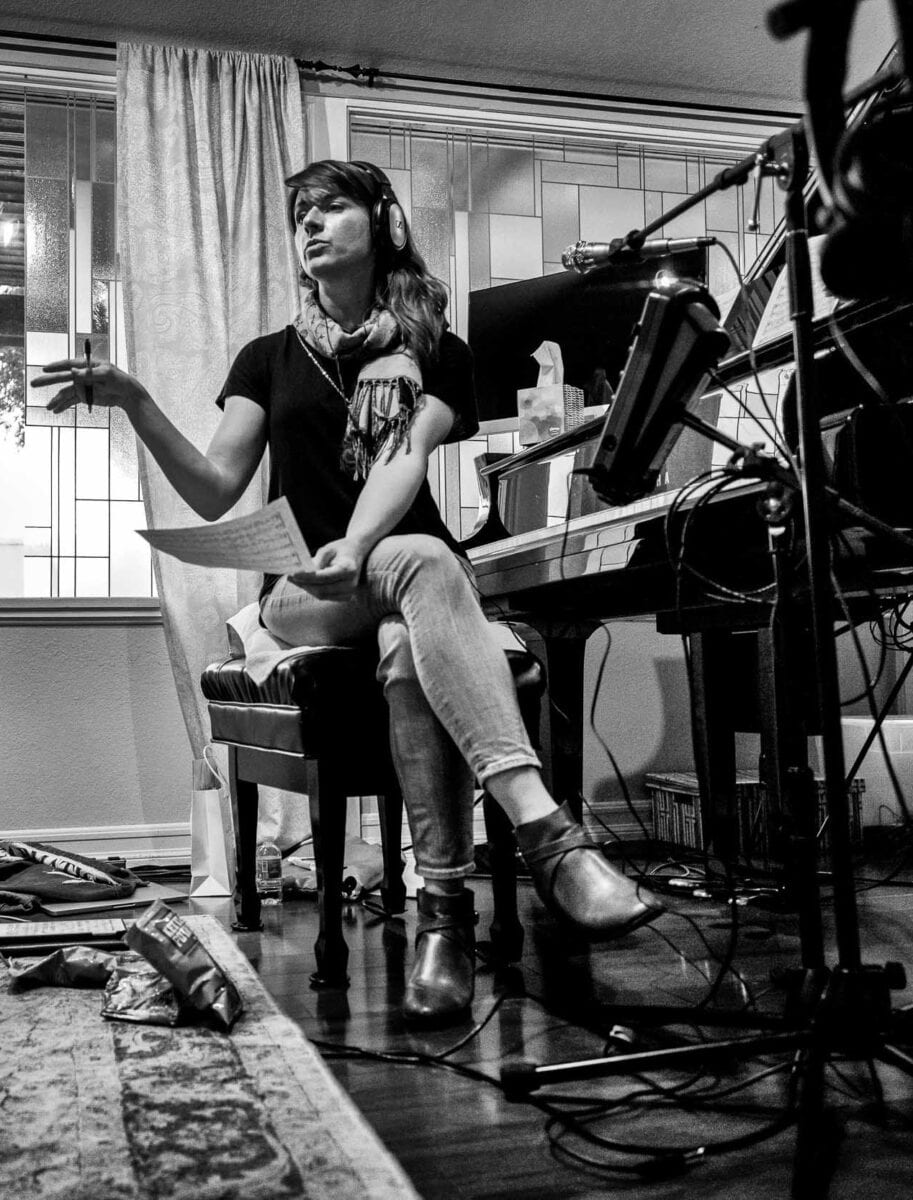 Chelsea is a composer/lyricist, vocalist and multi-genre songwriter. She comes alive at the intersection of music and story, justice and healing, pain and transformation. She loves the alchemy of creative collaboration and co-writing.

Chelsea is part of the diverse, all-female team creating an original musical about classical singer and Civil Rights icon Marian Anderson. "MARIAN" was a semifinalist in National Alliance of Musical Theater's 2020 Festival of New Musicals. She's collaborating with Maestra's Victoria Theodore on music and poet Emily Ruth Hazel on lyrics.

Songs from her solo album "Caged Bird" were featured on NPR in LA Theater Works’ production of the award-winning play THE WHIPPING MAN. Written by Matthew Lopez, directed by Judyann Elder. "Caged Bird" is an evocative musical journey melding elements of jazz, pop, and musical theater. The album explores trauma, vulnerability, and healing. Chelsea raised $15K in 6 days on Kickstarter to fund the creation of the album.

Chelsea studied Music and Psychology at Chapman University, where she earned a Bachelor's in Music Therapy. She is an Artist-in-Residence with the Johnny Mercer Foundation and the All the Arts for All the Kids Foundation, where she teaches lyric writing & composition to youth. She has co-written more than 500 songs with children. She has a children's album coming out in 2021.

Chelsea's creative work is funded through the partnership of patrons on Patreon.com. She splits her time between Los Angeles, Downeast Maine, and Cincinnati.