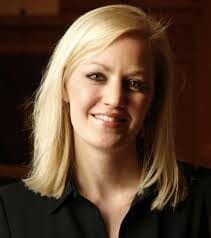 A Minnesota native, Charity Wicks earned Bachelor of Music and Master of Music from Temple University in Philadelphia. She also holds a Doctor of Musical Arts, specializing in instrumental accompanying, from the prestigious Manhattan School of Music. She is noted as a versatile musician who is at ease with all styles of music, from classical and sacred to musical theater. She has played with chamber groups all over North America and has appeared in Wall to Wall Bach at New York City’s Symphony Space, and also at the Boston Early Music Festival. She also has been a music director, conductor, and pianist with several Broadway musicals, including Wicked, Nice Work If You Can Get It, Spring Awakening, and the national tour of Billy Elliot, among others. She is also a regular music director with the Brooklyn-based American Opera Projects and at NYU’s Graduate Musical Theatre Writing Program.