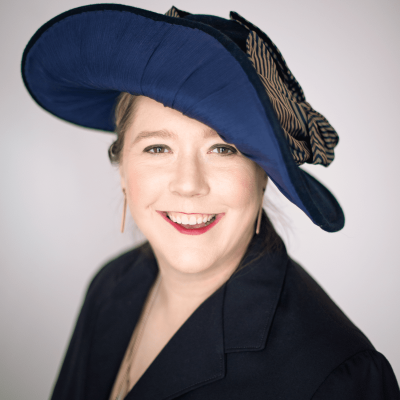 Cecelia “Cece” Otto is a classically trained singer, composer, international best-selling author and historian who has performed in venues all over the world both as a soloist and in ensemble. She graduated from Perpich Arts High School, went on to study linguistics and music at Macalester College, and later earned the first (and only) Interdepartmental Dual Master’s Degree in Vocal Performance and Composition from the Lamont School of Music at the University of Denver. In 2013, she completed her cross-country musical journey An American Songline, performing 30 concerts of historic vintage music on venues along the Lincoln Highway.

Cece then went on to create other historical programs such as The Songs of World War I, which was endorsed by the World War I Centennial Commission in Washington DC. She is currently doing virtual programs about the women’s suffrage movement and developing a concert program about Prohibition, and is an active member of several regional and national historical groups. She lives in Portland, Oregon, and has written books and recorded albums based on her research.