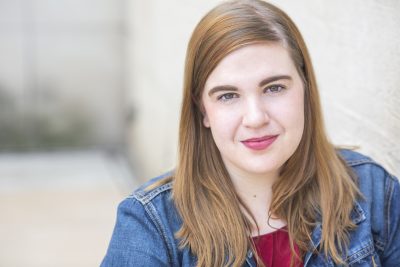 Carrie Caffrey is a Chicago-native lyricist, composer, and performer now rooted in the Big Apple. Her songs have been featured in the Lincoln Center Broadway Future Songbook Series, at 54 Below, the New Studio on Broadway, York Theatre, NYMTF, and in cabarets internationally. Her musical, For Show, was named a semifinalist for the 2022 O’Neill National Musical Theatre Conference. In 2020 she made her Off-Broadway writing and performing debut in Rattlestick Playwrights Theatre’s Village Song, with her original tune “McSorley’s Stays the Same.” The same year her musical, The Recipe, was named a semifinalist for NAMT's 15-Minute Musical Competition.

Carrie is a recent graduate of New York University, where she earned her Masters of Fine Arts in the Graduate Musical Theatre Writing Program. She also graduated cum laude from Northwestern University in 2018, where she earned a Bachelor of Arts in Theatre, a double major in Sociology, and a certificate in Musical Theatre. At school she served as head writer for the Waa-Mu show, the world's largest student-written musical. She has also written two musicals commissioned for BAM Youth Theater in Chicago. Carrie conducts private voice and writing lessons, and has served as a guest teaching artist at Elon University. She is a proud member of the Dramatists Guild, MAESTRA, ASCAP, and New Play Exchange.