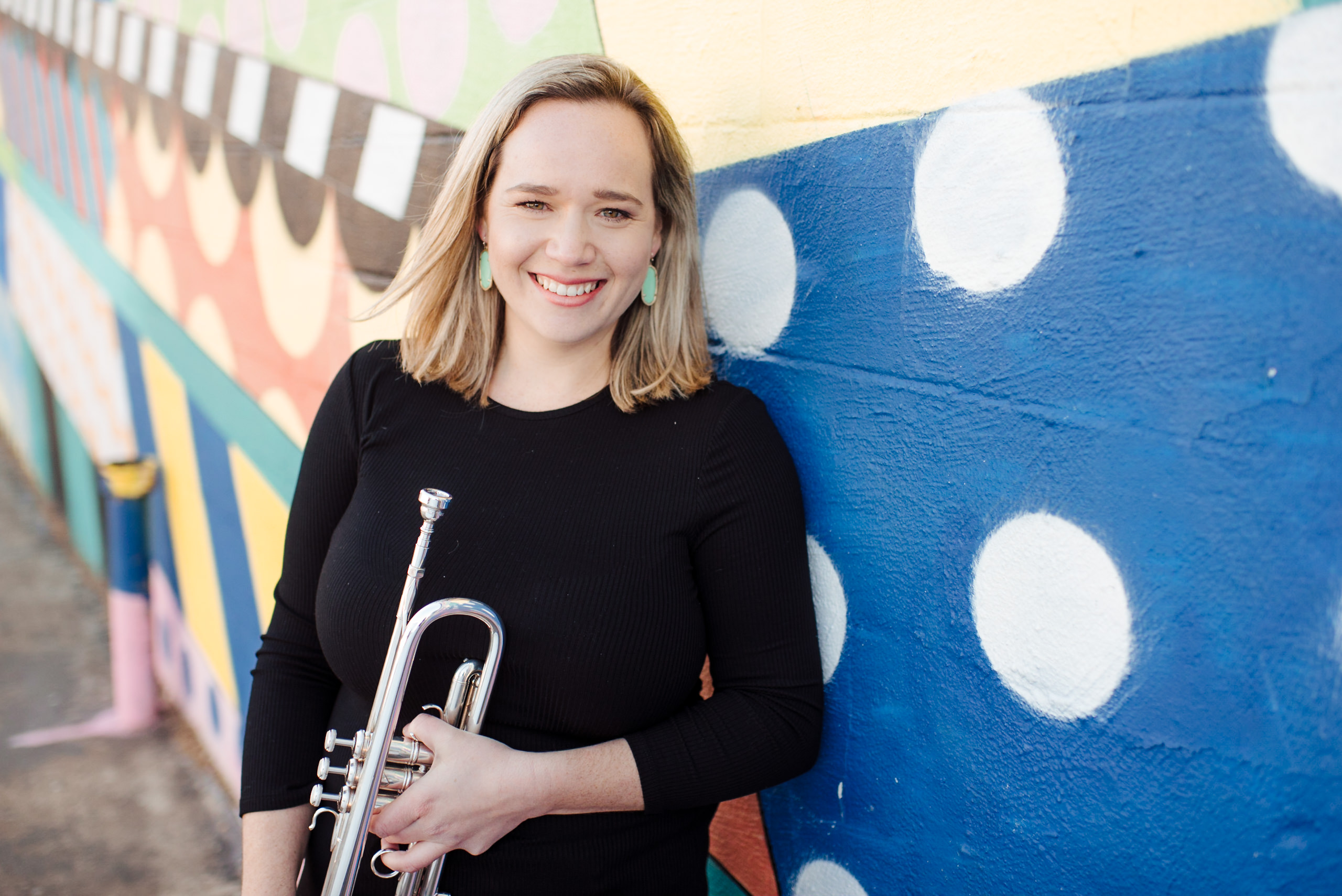 Caitlin Featherstone is a Brooklyn based freelance trumpet player and music educator originally from Southern California. She has been an active musician in the New York City area since 2014. Prior to moving in NYC, Caitlin used her trumpet to satisfy her wanderlust and has had the honor of playing and teaching in different many countries and performing in several renowned performance venues all over the world including Carnegie Hall and the Sydney Opera House.

Caitlin is a graduate of Interlochen Arts Academy and Oberlin Conservatory where she earned her degree in Trumpet Performance and a minor in Ethnomusicology. Her primary teachers have included Jeff Held, Darren Mulder, Bijon Watson, Roy Poper, and Ken Larson.

Outside of teaching and performing, Caitlin works as a professional dog sitter, is pursuing a Diploma in wine through the Wine and Spirit Education Trust.