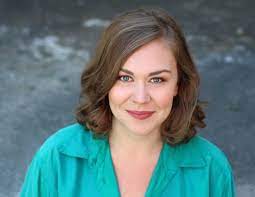 Britta Johnson a Canadian-American composer, lyricist and writer currently based in Toronto. Her musical Life After (for which she penned book, music and lyrics) premiered at Canadian Stage winning six Dora Mavor Moore Awards before opening at the Old Globe Theatre in San Diego. Her other writing credits include: With her sister Anika Johnson: Dr. Silver: A Celebration of Life, Brantwood, Jacob Two-Two, Trap Door. With Sara Farb: Kelly v. Kelly, Reframed. With Katherine Cullen: Stupidhead! She was the librettist for choreographer Robert Binet’s adaptation of The Kreutzer Sonata with Ballet Moscow and was recently named one of fifty women to watch by the Broadway Women’s Fund of America. She has a degree in music composition from the University of Toronto.