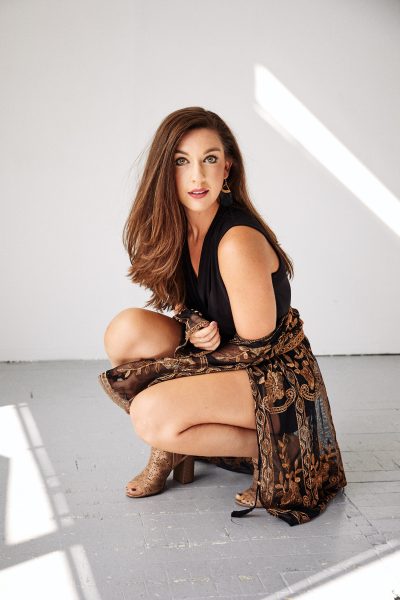 Brianna Barnes is a multi-dimensional storytelling artist based in New York City.

A singer-songwriter, composer-lyricist, and performer, Brianna believes in using every tool in her toolkit to create opportunities for storytelling whether performing on stage & screen, writing & releasing music, or composing and producing new works.

In her 6 years based in NYC, Brianna has been driven to do just that.

Brianna is a 2021 Finalist for The American Theatre Wing’s Jonathan Larson Grant and Recipient of the NYC Women’s Fund For Music, Media, and Theater Grant.

She directed and produced her first original musical, LET THERE BE LIGHT, in 2018 which won Best Musical and Best Score at The New York Theatre Festival. She was recently commissioned by Dame Productions as Composer/Lyricist of the new rock musical, RATHSKELLER, which premiered in September 2021 at the West Village’s New Ohio Theater and won Best Musical for Broadway World’s 2021 Off-Off Broadway Awards. She recently joined the team of WALKING BUBBLES, a one-woman play with music by Jessica Hendy, as Composer/Lyricist, which had its first Industry Reading in May of 2022. She is currently writing her next musical, THE PRESENCE (Book, Music, & Lyrics).

Brianna is a member of the Dramatist Guild, BMI, and Maestra and her literary work is represented by A3 Artists Agency.

Brianna’s debut album, HIEROPHANIES: MANIFESTATIONS OF THE SACRED, made the first round on the 2021 GRAMMY Awards® ballot for consideration under BEST CONTEMPORARY CHRISTIAN ALBUM. It features 8 original songs and was recorded with 4X Grammy Award Winning Engineer, Denise Barbarita, at MONOLisa Studios in NYC. She has headlined at iconic NYC music venues like The Green Room 42 and The Cutting Room with her solo show of original music. Available on all platforms.

Brianna has performed as a principal, ensemble member, and understudy/swing in musical productions all over the country (Theatre Aspen, The Wick Theatre, Capital Repertory Theater, John W. Engeman Theater) as well as starred in a National Tour. She’s an Equity Membership Candidate (EMC) and represented by The Roster Agency. BFA Musical Theater - College Conservatory of Music at The University of Cincinnati (CCM).