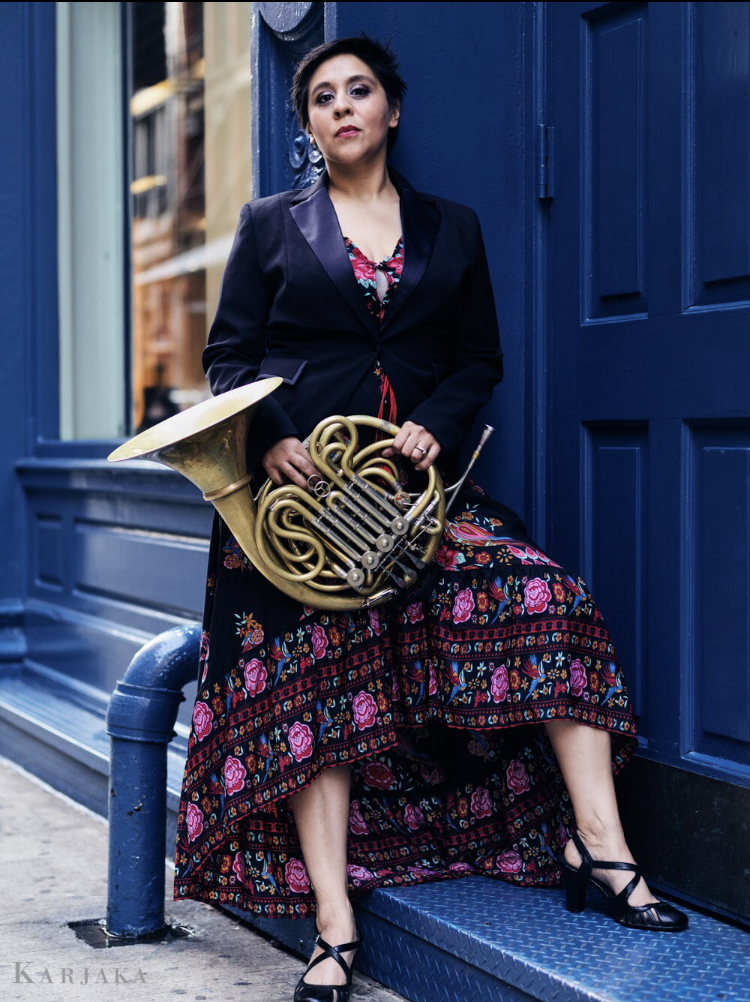 Audrey Flores is a horn player in New York City. She attended the Juilliard School and the Mannes College of Music, and plays with Broadway productions and orchestras in the NYC area. Audrey won the Radio City Christmas Spectacular Orchestra audition in 2019, 2018, 2012, 2011, and for the summer production in 2016. Formerly Acting Principal Horn of the Columbus Symphony and Principal Horn of the Allentown Symphony and Symphony in C in Camden, NJ, Audrey has played with the Jerusalem Symphony, the American Ballet Theatre Orchestra, the New York Philharmonic, the Mariinsky Orchestra, and the Orpheus Chamber Ensemble. Audrey released her debut solo album in June 2017, which features the premier recording of Barbara York’s Sonata for Horn. She was featured as a soloist with Symphony in C and the Broadway Bach Ensemble and will perform as a soloist at the Manchester Music Festival in Vermont in the 2022 season. Audrey is currently a Teaching Artist for Midori and Friends, and is the newest Horn Faculty member at the Juilliard MAP Program.