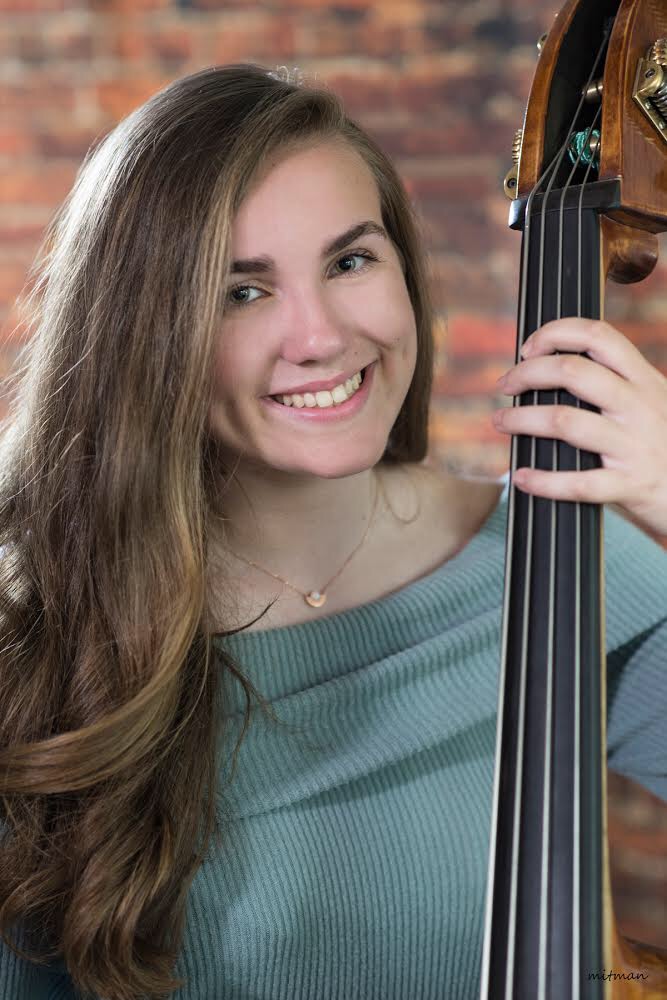 Allentown-raised Ashleigh Budlong is an upright/electric bassist residing in Philadelphia, PA. She began playing the double bass at 8 years old, picked up the electric at 11 years old, and has continued ever since. Her passion for the arts led her to attending Temple University for a B.M. in Music Education, which she will graduate with in May 2023. She is a well-rounded instrumentalist credited to having surrounded herself with/performing all genres of music ranging from classical to hard rock.

Ashleigh has a strong passion for strings education but that is not stopping her for wanting to make a name for herself in the world of musical theater. She has played in every production Temple Theaters has put on during her time in college with highlights being: Spring Awakening, Sweet Charity, Love Labor’s Lost, and Into the Woods. She is looking forward to breaking out of the college theater shell and into the Philadelphia/New York scenes.

She is currently studying electric bass with Michelle Marie Osborne (Six! on Broadway) and upright bass with Anne Peterson.