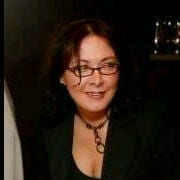 Anne has been Music Director for productions at Hale Centre Theatre, Westminster College, The Grand Theatre and many other theatres in the state of Utah. She earned her degree from BYU. Anne has worked with Merrill Osmond, Jill Santoriello, Will Swenson, Jason Robert Brown, Brian Stokes Mitchell, Marin Mazzie, Kate Baldwin and Pacek & Paul. She received a lifetime service award from The Utah Theatre Association. She did audition accompaniment for Big League Productions in NYC and was a vocal coach for Utah Opera. Anne is part-owner of Audition Advantage. She will be a resident accompanist this summer for Broadway Evolved in NYC.